Looking Forward to the 2020 Vote 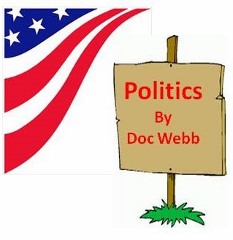 We're just a little over one week away From Election Day. The last debate is over, from here on out you pretty much have to rely on the newspapers', social media, and your best friends for election information.

Below is a summary of blog posts related to the election from BayPost Internet, you can click on the links for these posts.

You might have noticed the number of commercials regarding the minimum wage amendment to the Florida state constitution. There is an effort underway to convince you that raising the minimum wage to $15.00 an hour over about a five-year period will be devastating to small business.

When you're considering your votes on the amendments, you might want to take all of those small-business people's projections of their demise with a grain of salt.

If the amendment passes, and it requires a 60% majority to become law, the minimum wage rises in steps over the next few years ultimately reaching the $15 level.

Whose Driving the Presidential Train????

Down Ballot Republicans - Will They Stick with Trump or Will the Party Fracture?

School Board Elections One of The Most Important Votes You'll Cast

Florida 2020 Ballot Referendums – What Do They Do

For State, County and local races check out FLOIDA POLITICS

Be sure to vote. 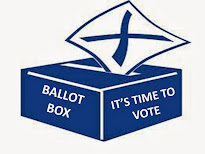 Up above you'll find a post related to down ballot voting. Your votes for US Congress and US Senate are extremely important in an election for the presidency which is sure to be as close as this one is going to be.

Also don't forget those County and city elections that are down on the ballot as well as the amendments which appear on the back.

Each of these people desiring to serve you as an elected public official deserves your consideration and your vote if they are the one you think can do the best job for you.

And while you're thinking about that remember this: the politicians that affect you the most directly are the local ones. Your City councils, County commissions State House and Senate Representatives so be sure to look at those choices and vote all the offices that appear down ballot.

As of today you can still drop off your ballot, and you could still put it in the Mail but just remember as we move out deeper into next week you may want to take advantage of that drop-off  sites, since the rules in Florida are: the ballot has to be in the hands of the Supervisor of Elections before the close of the poles on voting day, which is 7 PM. 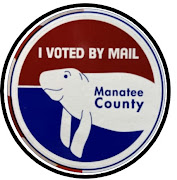