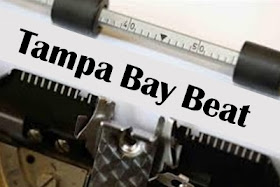 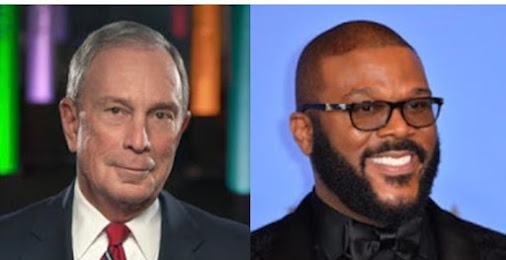 Their respective efforts are to motivate blacks and Jews to vote in what both men view as the most pivotal election in the history of the republic. Both groups traditionally vote for Democrats  overwhelmingly.

Perry and the Equal Ground Education Fund, which is the Black led non-partisan non-profit working on building Black political power in Florida, are teaming up to launch a massive socially-distanced “Souls to the Polls” effort to educate and turnout Black voters across the state.

The Perry initiative is billed as “nonpartisan” but it’s no secret that the voter suppression effort in Florida aimed primarily at people of color is a strategy of the Republican party led by Gov. Ron DeSantis.  Acclaimed actor/writer/producer/director Perry chipped in to bolster the $500,000 drive.

Pundits view Florida, with 29 prized electoral votes, as the key to Donald Trump’s re-election.  Without lassoing a victory in the Sunshine State, Trump’s chances for a second term are rated universally as next to nil.

“A national pandemic, racial tensions, blatant disregard for black bodies and a presidential election that can’t be won without the votes of Black folks have shaped the way we connect with voters,” said Jasmine Burney-Clark founder of the Equal Ground Education Fund.

“Despite Florida’s historical disenfranchisement of Black voters our voices will be heard whether we vote by mail or early,” Burney-Clark went on.  “Our work to provide robust voter education and ensure that accurate information reaches our communities is the highest priority and is what this partnership with Tyler Perry is going to do.”

For the last two weekends of early voting, Equal Ground will host “Park & Praise” events targeting 250,000 voters in 25 counties where ballots can be dropped off amid live music and speeches.

In years past, Souls to The Polls was held in the urban centers of the state. However, this time, this strategy has been extended to not only include these urban centers, but also more rural counties during a presidential year where there are pockets of black folks who are often ignored.

The Bloomberg-backed initiative seeks to shepherd a group that registers and votes in percentages greater than its raw numbers.

“Jewish voters can and will make the difference in Florida in support of Joe Biden,” said former U.S. Rep. Ron Klein, chairman of the Jewish Democratic Council of America. The council estimated there are 722,000 eligible Jewish voters in Florida, which is 4.2 percent of the electorate.

“Every vote will matter in Florida, and Jewish voters in Florida have the chance to vote for a president who will unite us, not divide us,”  according to a Bloomberg statement  published in the South Florida Sun Sentinel. “Joe Biden will be that president, and I’m glad to support the Jewish Democratic Council of America PAC as they reach Jewish voters online throughout the state of Florida and encourage them to vote for Joe and Kamala.”