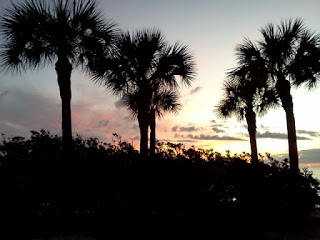 We all want to pray but sometimes we find it difficult to begin our prayer.  Many Pastors and Ministers suggest you begin your prayer by praying back God’s words from Scripture

May 17 Philippians 4:19
Pray: Lord hear Your words: And my God shall supply all your need according to his riches in glory by Christ Jesus.

PLEASE SHARE TO YOUR FAVORITE SOCIAL MEDIA PLATFORM
CLICK BELOW
Posted by Gene Webb at 12:00 AM No comments: 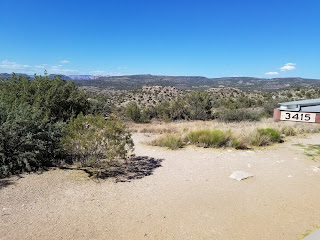 We all want to pray but sometimes we find it difficult to begin our prayer.  Many Pastors and Ministers suggest you begin your prayer by praying back God’s words from Scripture

May 16 Ecclesiastes 5:10
Pray: Lord hear Your words:
He who loves silver will not be satisfied with silver; Nor he who loves abundance, with increase this is also vanity.

PLEASE SHARE TO YOUR FAVORITE SOCIAL MEDIA PLATFORM
CLICK BELOW
Posted by Gene Webb at 12:00 AM No comments:

The Florida Governor's Race What Does Charlie Crist Need to Do? 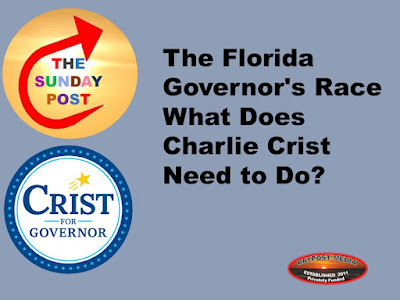 The Florida Governor's race is still a while off, but the election is starting to take shape.

Florida Governor Ron DeSantis continues to hold a lead over all of those running in the Democratic party primary, including Nikki Fried and state Senator Annette Taddeo.

You can check out the latest polling for the Florida governor's race at RealClear Politics.

Charlie Crist is polling well statewide, and his fundraising efforts are significantly passing his nearest Democratic competitors, but Crist’s total fund-raising pales in comparison to that of current Governor Ron DeSantis.

It's not exactly a sure thing that Charlie Crist has a lock on the Democratic gubernatorial nomination, but everything seems to be trending that way.

This is going to be a tough race for Representative Crist. Charlie has always been a good retail campaigner, leaning heavily on his general persona of nice guy and caring and compassionate leader.

It's been a long time since Charlie was in a campaign with a serious rough and tumble competitor like Ron DeSantis. The decision that the Crist campaign must make is whether or when Charlie decides to come out swinging.

And then, there is the question of what role Donald Trump will play in the Florida Gubernatorial race?

No matter who wins the Democratic nomination for Governor here in Florida, once that decision is made you can expect DeSantis to come to come out with a vicious Trump like campaign. The question is. How will Charlie respond?

Will Charlie take the gloves off, or try to “nice guy” his way through the DeSantis blitz?

It is going to be a lot like the nice kid on the school playground facing down the playground bully.

Florida could use a break from high-octane politics and bullying leadership.

In a country and a State like Florida where almost everything is polarized politically right or politically left it will be difficult for a slightly left-leaning candidate like Christ to fight the headwinds.