The news media and the Biden transition team continue to labor over the fact that President Donald Trump has not yet made the anticipated concession speech regarding the presidential election.

However, there is some thinking that once a president concedes, his power of the presidency during the transition process is somewhat limited or at least to some degree shared with the president elect.

The concession speech does not provide any empowerment for the president elect, but it does carry with it the hint of presidential authority.

There are a number of theories regarding why Trump is not conceding, but here are two that I find most interesting. 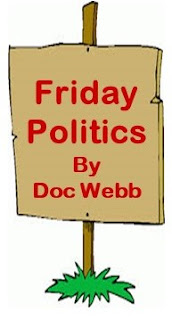 First is the theory that this is just more of Trump's ego, the inability to grasp reality, and a desperate attempt to hold on to the presidency, for as long as he can.

This theory is being promulgated by most of the mainstream media as they salivate over the moment when Trump leaves the presidency.

There is, however, another theory of why President Trump has not yet conceded the election. There are a lot of things that Trump would like to get accomplished in the next 75 days or so between now and inauguration day. Trump would like to make these decisions as the sitting president not a lame-duck president. Trump has no desire to dilute his power of the office my conceding to Biden at this point.

There are sure to be a number of pardons and other presidential actions that Trump will take in the next few weeks, and the possibility of successful legal challenges to those actions is somewhat diminished if Trump has yet to concede the presidency while he is in the process of completing these final actions.

The legal challenges, while not likely to change the outcome of the election, do provide Trump a platform for continuing to exercise many of his options without challenge from the president elect.

For more on this subject check out the article from The Guardian: Donald Trump has no intention of conceding, campaign insists.

And then there is the whole issue of the political mind game. Trump's continuing refusal to concede has to be a constant pain for Biden and particularly for the vice president elect, Kamala Harris, as well as Biden’s transition team.

For now, it's hard to say when Trump will concede, there are a couple of spots where it might be appropriate: one would be following the runoff election in Georgia; a second spot in the timeline would be when the election results and the Electoral College votes are all certified and complete.

Then there is the possibility that Trump will never concede.

In any event the one thing you have to hand it to Trump for is he continues to keep the media focus on him and off the Biden administration.