Getting Ready for The Slow Drift to Socialism 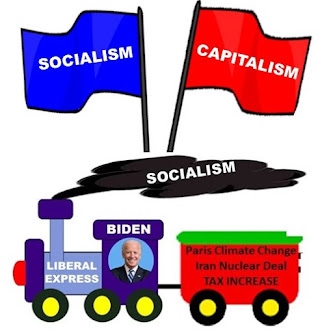 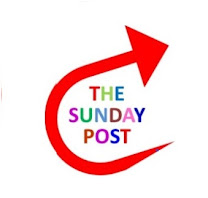 Soon the Biden administration will take over and we will begin to see the transformation from the Trump economy driven society to the Biden everything free for everybody society he promised in his campaign.

Although it's going to be difficult to rapidly move the country from a highly capitalistic view to a socialistic view with The Senate in the hands of the Republicans, the slow drift left will begin almost immediately.

Biden’s plans to reenter the Paris Climate Accord, the Iran Nuclear Deal and other liberal global geopolitical positions are going to add significant costs to the federal budget. Between the COVID19 budget impacts and the Trump tax cuts, Biden will inherit the largest national debt of any president ever elected.

So, it occurred to me it is probably time to begin to create a plan for the slow drift toward socialism and higher taxes.

For the baby boomers, most of us are just too old to really worry about it. In fact, we are already part of the government provides everything group. Between Medicare, Medicaid, and Social Security we are all pretty much on the government payroll.

However if you're a successful Gen X, Gen Y, Gen Zer or millennial or any part of that group here are some things and some adjustments you may want to consider in regard to your lifestyle as we move from capitalism to socialism.

1. It will be a good idea to gradually adjust your life positions to not so overtly reflect your success and capitalistic instincts.

For example, if you drive any of these cars Audi, BMW, Mercedes, Lexus, or any of the other high-end brands you may want to consider over the next few months selling that vehicle and buying yourself a used Hyundai or Subaru. It will make you look more like one of those left wingers instead of an outright capitalist.

2. If you were thinking about buying a home downtown in the high rent district or if you already have one of those high rise condos surrounded by massive retail, dining, high end retail and all that kind of stuff you may want to think a little bit about buying a home out in the suburbs. One of those row houses where the normal people live.

3. If you're part of that liberal generation that considers children not a particular blessing and maybe you've decided to have just one in order to make yourself not look too weird, you may want to consider adding a couple of kids to your family brood so you look more like the traditional middle income or lower middle income family. It will also help sop up some of your discretionary income

4. You may want to power down your wardrobe just a bit. If you have been moderately successful as a financial advisor or a used car salesman you may want to shuck the $500 shoes, the $700.00 suit, the $90.00 dress shirts and $125 running pants.

Try shopping at Target and Walmart a little more. It will help you fit in with the needy crowd.

5. Politically it's cool to be a liberal. You know the old chicken in every pot routine and if you don't have a pot the government will provide you with one to put your free chicken in.

Remember that socialism is essentially a redistribution of wealth from those who worked hard to get it to those who have been waiting around for somebody to give it to them.

If you have it (wealth) they are coming for you.

The Biden administration is going to be an interesting experiment in economics and politics.

There is already an abiding question about who's going to be running the show with Biden as president. Will it be Biden himself; will it be a coalition of his left wing highly liberal supporters; will it be the hawkish left wing, or will it be the conservative wing of the Democratic Party?

Oh yes, there is one - a conservative wing of the Democratic Party. They're all hiding over there in the corner waiting for the smoke to clear and see just how far this drift to the left is going to go.

So, for now, watch where you go, what you wear, who you support politically and remember at times like these, grey is a good color.