Local Officials - All Politics is Local 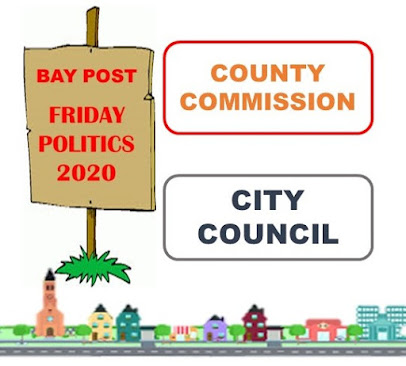 There is an old saying in politics, that the government that affects you the most is your local government. Most notably your City and County government.

Now that the election is over, cities and counties along the Florida West Coast are swearing in their new Commission and Council members.

Most of these County and City commissions/councils will meet within the next few weeks to begin conducting the jurisdictions’ business. Committee assignments will be made and, in many cases, Commission chairmanship elections will be held.

It's a good idea to follow these very important first sessions of City councils and County commissions. It is in these moments that the structure for the various councils and commissions will be established, and the power structure will begin to take shape.

For example, take a look at these two articles:

Some think that City and County government it's a pleasant thing where everybody gets along, and politics are more of an afterthought than a fore thought. Nothing could be further from the truth.

Some of the nastiest and most ruthless politics that go on goes on at the local level.

This is going to be an especially interesting year, as county and local governments are taxed budget wise due to the COVID-19 virus, and the very difficult decisions that the new surge in the virus is going to present to these new councils and commissions.

Furthermore, not to be overlooked is the upcoming release of the 2020 census data which starts a whole series of time clocks ticking on things like redistricting at the State, County and City levels. These are some of the fiercest political battles that are fought in state and local politics.

One of the best places to follow state and local politics is the Blog site FloridaPolitics. You can click on this link, and it'll take you right to their homepage, there is also a link on the left side of this Blog.

It used to be that your local newspaper, whether you live in Fort Myers, Sarasota, Saint Petersburg, Tampa or Pasco County was your best source for local political news. These days none of the remaining local newspapers have the resources to cover in depth every City Council and County Commission along Florida’s West Coast.

So if you're really into all this and would like to see some pretty interesting television, you might want to check out when and at what time your local City Council or County Commission broadcasts their Council or Commission meetings.

Almost all do, and while a lot of it is somewhat boring every now and then, it turns into some really interesting television.