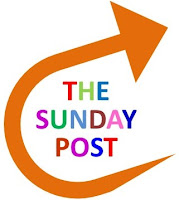 What is going on in South Florida?

From The Rick Scott Campaign:
TALLAHASSEE, Fla. - Yesterday, Governor Rick Scott made a statement regarding election results. The Governor's remarks as prepared for delivery are below. See the lawsuits that were filed in Palm Beach and Broward Counties today HERE and HERE.

"Late Tuesday night, our win was projected to be around 57,000 votes.

By Wednesday morning, that lead dropped to 38,000.

On election night, Broward County said there were 634,000 votes cast.

And we just learned, that the number has increased to 712,840 ballots cast on election day.

In Palm Beach County, there are 15,000 new votes found since election night.

So - It has been over 48 hours since the polls closed and Broward and Palm Beach Counties are still finding and counting ballots – and the Supervisors – Brenda Snipes and Susan Bucher  - cannot seem to say how many ballots still exist or where these ballots came from, or where they have been.

The people of Florida deserve fairness and transparency and the supervisors are failing to give it to us.

Every Floridian should be concerned there may be rampant fraud happening in Palm Beach and Broward Counties. And the Broward Supervisor of Elections Brenda Snipes has a history of acting in bad faith.

As you will recall, a judge ruled just this year that the office violated both state and federal laws by illegally destroying ballots in 2016.

In 2016, Brenda Snipes’ office posted election results half an hour before polls closed – a violation of election law. That same year, her office was sued for leaving amendments off of ballots.

In 2014, Brenda Snipes’ fellow democrats accused her of individual and systemic breakdowns that made it difficult for voters to cast regular ballots.

All Floridians should be concerned about that.

Palm Beach County is also refusing to provide information to the public. And they are illegally refusing to allow official party representatives into the ballot counting area and forcing people to stand behind a glass wall with limited visibility and no ability to hear what is going on.

This is a clear violation of Florida law – and we have just filed a lawsuit.

Both Broward and Palm Beach Counties have failed in their duty to follow Florida law which requires that vote by mail and absentee ballots are accounted within 30 minutes of polls closing. Further, Palm Beach County has failed to update the Department of State since 10:19 am yesterday. This is in complete violation of Florida law which requires updated reports every 45 minutes until results are completely reported.

We’ve all seen the incompetence and irregularities in vote tabulations in Broward and Palm Beach for years. Well…here we are again.

I will not sit idly by while unethical liberals try to steal this election from the people of Florida.

Senator Nelson hired one of Hillary Clinton’s lawyers from D.C., and the first thing he did was tell reporters that he is here to win the election. He did not say that he wants a full and fair election or even an accurate vote count. Here are some other things he has said.

In 2010: When his democratic client in Minnesota was leading by 8,000 votes, he said the lead was 'insurmountable.'

In 2014: When his democratic client in Virginia was leading by 12,000 votes, he said there was 'no precedent' for a successful recount. He also said that recounts 'really only happen where you are talking about dozens or a few hundred votes separating the candidates.'

In 2013: When another one of his democratic clients in Virginia was leading by only 165 votes, he said that recounts 'do not tend to change the results.'

In 2016: When his democratic client in North Carolina was leading by 10,000 votes, he called it a 'close but significant margin' that would be 'insurmountable.' He also called on the opponent to 'graciously concede' rather than waste taxpayer money on a deficit that could not be overcome.

Again in 2016: When his client Hillary Clinton had lost the presidential race, he wrote an article highlighting that the margin of 10,704 votes in Michigan quote 'well exceeds the largest margin ever overcome in a recount.'

Now, he is here to try to steal the election, and to try to thwart the will of the voters of Florida.

Every day since the election, the leftwing activists in Broward county have been coming up with more and more ballots out of nowhere.  We all know what is going on.  Every person in Florida knows exactly what is happening. Their goal is to keep mysteriously finding more votes until the elections turn out the way they want.

And when that fails, they will file a bunch of lawsuits in order to try to overturn the will of the voters.

There are 67 counties in Florida, only these two counties are involved in these shenanigans. There are NO OTHER COUNTIES – REPUBLICAN OR DEMOCRAT- that are trying to steal this election, or who are still finding ballots.

Some believe that this is simply rank incompetence. THAT IS CLEARLY TRUE.

BUT it would also be naïve to not realize that they could be trying to overrule the will of the voters of Florida.

Tonight, I am asking the Florida Department of Law Enforcement to investigate this immediately and I am considering every single legal option available.

No rag tag group of liberal activists or lawyers from D.C. will be allowed to steal this election from the voters in the state of Florida.

I am proud to be the next Senator from the State of Florida and look forward to going up there and making Washington work for all Americans."