The Kriseman Plan for baseball in St. Pete 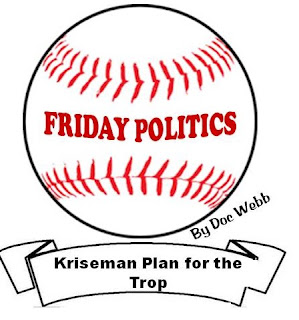 The Kriseman administration puts forth an aggressive and admiral Baseball plan but does it meet baseball's requirements?

This week, Mayor Kriseman put forth an interesting plan to keep the Rays in St. Petersburg.

The Plan provides for a complete redevelopment of the Tropicana site, in a large-scale residential and mixed-use format focused not so much on baseball as it is on the re-imagining of what is probably Pinellas County's most valuable redevelopment site.

The baseball stadium moves to the northeast corner of the site surrounded by a research and tech campus, retail, entertainment, kids zone, office buildings, public parks, hotel and conference space and shared parking.

You can get more information in an article by By Charlie Frago and Mark Puente, Times Staff Writers, Mayor Rick Kriseman makes his pitch for Tampa Bay Rays to stay put in St. Petersburg (w/video).

If you look closely, it would appear that the current plan boxes in the baseball stadium with a series of tall structures and all but completely isolates it from the rest of the redevelopment.

Focusing more on the creating a center of research, retail and office space and lots of residential living space the plan almost seems to treat baseball as an afterthought.

The stadium may as well be small because in this configuration, baseball will not be much more than a curiosity.

Kriseman has consistently pandered to the millennials but now there is evidence that the millennial craze for down towns, coffee bars, craft beer and living in 300 square feet may be starting to change.

Doughtery raises the question, "Are large numbers of millennials really so enamored with city living that they will age and raise families inside the urban core, or will many of them, like earlier generations, eventually head to the suburbs in search of bigger homes and better school districts?"

Given the timing of any project at the Trop site, betting it on the continued lifestyle approach of millennials extending into the next generation may be risky at best.

For baseball, the question is: how will all of this play out as it relates to the success or failure of a major-league franchise, and does MLB want to be a part of that experiment?

With hearts a flutter and eyes all aglow with visions of thousands more millennials and their hi-tech lifestyles streaming into St. Pete the plan tries to be something for everyone from baseball to call centers, but in reality, most plans for everyone end up being a plan for nobody.

My bet is after trying to imagine those moving shots from the helicopters and blimps of the magnificent baseball parks around the country and looking at the aerial site lines for this plan, checking their market research, and doing some market surveys across the Bay; baseball will politely pass on this one.

Shoving baseball up into the corner of the Trop site may just be Kriseman's way of moving them closer to the exit.

After all, most, his major promises like the Pier, the uplands, midtown and the South side and the list goes on have been shams for what he really planned to do.

Why would this plan be any different?