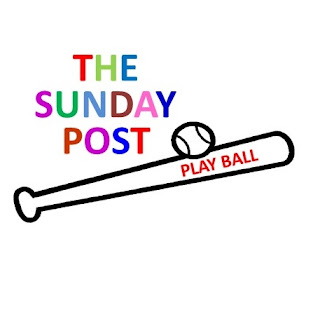 So, don’t look for much activity on the Ray's relocation.

As the official baseball season begins things have been a bit slow on the Rays new stadium and its location. To say things have been moving at a snail's pace could be considered an exaggeration.

The Rays do not seem to be in a big hurry; the Kriseman Administration in St. Petersburg is biding its time; Tampa Mayor Bob Buckhorn appears to be totally disinterested at this point and the Pinellas and Hillsborough County Commissions are, for the most part, hanging back.

Then there is that unpleasant bill wandering around in the State Legislature trying to eliminate or at least restrict the amount of public money spent on sports stadiums.

The lone holdout is Hillsborough County Commissioner Ken Hagan. However, Hagan’s frustration with the process is beginning to show. Regarding the current stadium site search, Hagan told the Tampa Bay Times, "Unfortunately throughout the years the team hasn't shown enough sense of urgency to move on some of these locations."

What Hagen may not realize is that Major League Baseball as in MLB generally does not like a lot of relocation deals distracting from regular-season play. In the summer, baseball is about baseball and there will be plenty of time in the fall to get back to where the Rays may end up in a few years.
So, don’t look for much activity on Ray's relocation.

Getting the Rays relocated in the Bay area is going to be a heavy lift to say the least.

If those trying to lure the Rays away from St. Pete were smart, they would spend their summer supporting the team, rounding up some deep pocketed supporters who are willing to buy some suites and Rays season tickets and help Stu Sternberg with the financial side of a new location and stadium.

As those of you, who read this Bog know I am not a fan of the Kriseman Administration, but their effort, whether by design or accident, to develop options for the Tropicana Field and their laid-back approach to the whole relocation issue are probably viewed by MLB as serious respect for the game.

When it comes to MLB, it’s all about three things: the game, the fans and money in that order and each one has a season. Respect for the game is number one.

There is nothing wrong with fervently trying to get the Rays across the bay.

For now, it’s all about the boys of summer as it should be.