The national media has their first Trump trophy 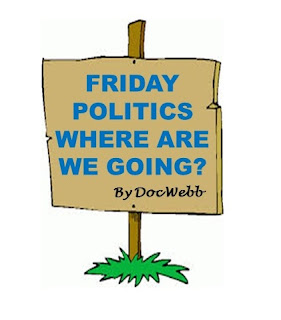 Trump sees the risk, but I think he recognizes that those like Flynn are the very people that often shape destiny.

St. Petersburg Fl
Opinion by: E. Eugene Webb PhD
Author: In Search of Robin
All across the nation from the news rooms of CNN, NBC, CBS, the national print press and NPR editors, reporters, producers are all smiles from ear to ear. I can imagine there are pictures of General Flynn pinned to bulletin boards with comments like “Got Him," “Bagged one” and so on scrawled across the bottom.
There are hopes and dreams of Emmys, a Peabody and other awards for outstanding journalism or reporting while I hope not they likely will come.
There is no doubt Mike Flynn is one of his own worst enemies, but the torrid way the media went about dragging him down in an effort get to Trump is to me simply disgusting. 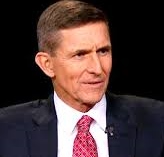 What we are seeing is the real difference between politicians, the media and entrepreneurs.
In guys like Flynn, politicians see fear of loss of control; the media sees political vulnerability.
Trump sees the risk, but I think he recognizes that those like Flynn are the very people that often shape destiny.
Trump likes people who do as much or more than they talk, who are not afraid to act and with that comes a significant risk.
If, in fact, General Flynn is guilty of what he is accused of, then his resignation is proper. His continuing trial in the media is not justified.
The national media is desperately going for the big trophy trying to drive the Republicans to a presidential impeachment. There is a group of Republicans who would like to see Trump gone, and they are watching carefully.
As they media continues to build the impeachment case for those in the House of Representatives that would be willing to move forward our country may be moving in a dangerous direction.
As in the case of Nixon and Clinton once the impeachment train gets rolling it is difficult to stop.
Following impeachment by the House the Senate must conduct a trial and find the President guilty of the charges in the impeachment bill, and then they can vote to remove the President from office. While all of this is going on almost all governing goes out the window.
The national media will play a key role in how all of this plays out. Their thirst for Trump’s head is overruling their judgement. Our democracy and perhaps even our way of life is under attack, and the enemy is within. We watch, listen and read them every day.
This is a situation like we have never experienced beginning with the failure of the electoral college system, the rise of a populist president elected without a majority vote of the people supporting him, an elected change agent who sees little value in the political status quo and a President, who has little respect for those who control his fate.
Voices in this political opera will be loud, petulant and probably violent.
For those who have worked hard for their country and watched far too many give the ultimate sacrifice for this Union, these will likely be very sad days.
As individuals, I can only think of two things we can do. Stay alert and pray for your country.
e-mail Doc at mail to:dr.gwebb@yahoo.com send me a Facebook (Gene Webb) Friend Request, and be sure to Like of Share on Facebook.
See Doc’s Photo Gallery at Bay Post Photos
Disclosures: