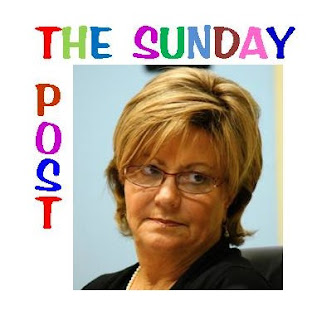 Long went after two of her biggest and most vocal critics Tom Rask and Barb Haselden both long-time activists in the public transit arena.


St. Petersburg Fl
Opinion by: E. Eugene Webb PhD
Author: In Search of Robin
As Commissioner Janet Long attempts to push her regional transit authority idea forward, dissent is mounting. See saintpetersblog, Mitch Perry, Janet Long lashes out at transit critics and my post Bay Area Regional Transit Authority – Janet Long's Dream to Tax you more.
Long has been continually frustrated by failed attempts to get a sales tax referendum passed in Pinellas County so a guaranteed flow of money will be available for pet transportation projects.
A classic example of these regional transit authorities is TBARTA of which Long said, “I don’t know if you’ve been to a TBARTA board meeting, but I thought I was going to eat my brains out!” It is four hours of — excuse my expression — bullsh*t. All you do is listen to one study after another study after another presentation, and on and on. They don’t do anything!”
Well said Commissioner. And what makes you think your new taxing authority would be any different?
Long went after two of her biggest and most vocal critics Tom Rask and Barb Haselden both long-time activists in the public transit arena.
Rask and Haselden were both highly active in the failed Pinellas transit sales tax efforts and Long has never really gotten over the Greenlight debacle.
“I really paid attention when Greenlight failed,” Long says, referring to the 2014 Greenlight Pinellas transit tax that went down to defeat. “It frustrates me beyond belief when the Tom Rask‘s and Barb Haselden’s of the world — no matter how hard you try to be thoughtful, be considerate, be creative in terms of trying to provide good public transportation — they will not see anything good in what you do,” she said."
Apparently, she did pay a lot of attention to the 62% defeat of Greenlight since her primary goal is to take transit financing out of the hands of the public and put taxation power in the hands of her new state authorized “Regional Transit Authority.”
Long has a history of attacking the messenger and not getting the message. Fortunately, Rask and Haselden are not intimidated by Long’s often harsh comments and hawkish looks. They speak for many people who would not want to experience Long’s wrath.
It was unfortunate that thanks to some clever Republican Politics Long managed to get reelected. It would be nice if the Commissioner focused her efforts on issues that affect her constituency.
A lot of the work on this regional transit authority will go on just out of public view as Jack Latvala, Janet long and others work to pull the regional authority together with help from the State Legislature with little public input or scrutiny.
That’s where Tom Rask, Barb Haselden, Sharon Calvert and others come in.
Without ongoing watchfulness, this regional taxing authority will be dipping its hand into your wallet to provide “transportation options” that you do not want or need, and that will not meet the real public transportation need.
For now, the first step to any regional transit authority must be the complete and total dissolution of TBARTA and  a firm understanding that none of the TBARTA people will play any role in a new transit authority. Otherwise, the citizens will get a new tax, years of even more expensive studies and little to show for their money.
e-mail Doc at mail to:dr.gwebb@yahoo.com send me a Facebook (Gene Webb) Friend Request, and be sure to Like of Share on Facebook.
See Doc’s Photo Gallery at Bay Post Photos
Disclosures: