Soccer in St. Pete is Getting Bigger 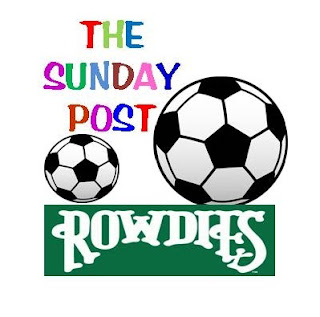 St. Pete’s Bill Edwards has some big plans for his USL soccer team.

St. Pete’s Bill Edwards has some big plans for his USL soccer team.

The Tampa Bay Rowdies have yet to play a single game in the USL, and they’re already courting MLS for one of the league’s coveted expansion slots.

There are a lot of hurdles to overcome but the one looming largest at the moment is the future of Al Lange stadium.

The City charter limits' leases on waterfront and parkland property to three years and Edwards will need a longer lease to satisfy lenders and MLS.

Edwards already has a big say on what goes on in downtown St. Pete and his recent announcement about the Rowdies, and a new or revised stadium is already raising a few eyebrows.

No doubt, Edwards will do a first class job the with Al Lang renovations.

The biggest issue will be more political than practical.

If he wants to start on the stadium issue now he will dealing with the Kriseman administration who may not be all that friendly, and you can rest assured that all the waterfront protectors and preservationists will come out of the woodwork with demands and requirements.

Parking and the Beach Drive whiners are sure to be an issue.

A host of problems that just will not seem to go away already beleaguers Kriseman and adding a battle of little political value to him at this point may be something he would like to avoid.

Soccer may be popular but the soccer fans probably do not represent enough votes in St. Pete to make a difference in what is shaping up to be a contentious mayoral race.

If he waits, the stadium and the charter changes necessary to support the improvements are sure to become a major issue in the next municipal election for the mayoral and city council candidates.

So Bill Edwards is faced with some big decisions and major challenges.

If the City does decide to make some charter changes that will allow Edwards long term access to the Al Lang property, those changes should be carefully crafted to avoid unintended consequences, and the safest way is to take the whole issue of any long-term agreement for Al Lang to the voters is as a cautiously crafted referendum.

A long and arduous task.

As a final thought, if you believe in climate change and sea-level rise, Edwards may want to think carefully about the Al Lang site. His high-priced soccer players could be sloshing around in a couple of feet of seawater in the not too distant future.