USF preparing to bow down at the throne of NCAA football 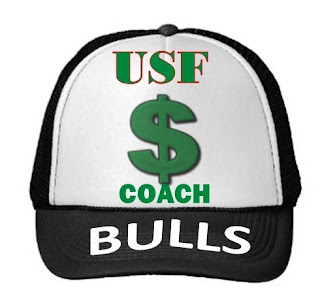 Show me one store where you can buy a loaf of bread for a gallon of school spirit, and we can talk.

St. Petersburg Fl
Opinion by: E. Eugene Webb PhD
Author: In Search of Robin
Ok, let’s get it out of the way I am not a big college football fan. So, we’re straight I think these multi-million dollar sports operations masquerading as appendages of major universities are complete waste of time and money.
At a time when students are encouraged to take non-marketable career paths to pad student enrollment and student debt continues to pile up football is just another expensive diversion.
Here is where you give me all those high fives about school spirit, comradery, sportsmanship and all that other BS.
I don’t buy it for a minute.
Show me one store where you can buy a loaf of bread for a gallon of school spirit, and we can talk.
Comes the hiring of Charlie Strong as USF’s new head coach, see Joey Knight Tampa Bay Times staff writer Charlie Strong hired as USF's coach (UPDATED)
If you read far enough in Joey’ piece, you will find that the Texas Long Horns recently fired Strong as their head coach after three years on a 5-year contract. They still owe Strong $10 million for the last two years on his contract, and they get half of everything Strong makes for the next two years.
USF should pay Strong $10 Bucks a year for 2 year contact with three 1 year renewable options. Strong would still be making $5 million a year and subsequent contracts should compensate him appropriately without tying up USF like the Long Horns.
After all it’s not about the money is it Charlie? It’s all about the game.
Add to that the fact he will probably make two or three times what highest paid academic scholar at USF makes and my argument is complete.
Spare me the arguments that the excessive salaries for coaching staffs, facilities and athletic directors are paid for by the revenues generated by the team.
A few years ago, when in a mad panic, USF decided to launch football, my thought was what a shame a good university is slowly going down the toilet for a no-good reason.
Collegiate sports spurned on by the money powered NCAA has all but taken over the athletic operations at major universities.
If college sports were about providing examples, there would be rules that the team and the recruiting effort should reflect the racial makeup of the university or at least the community.
There should be a cap on how much the coaching prima donnas can make if necessary set by the state legislature.
Do you really think these college football coaches ae worth the salaries they make?
I know, a lot of sour grapes, but I would really like to see us get back to graduating students with degrees that prepare them to go and compete in a world economy and not be saddled with a mountain of debt.
I do not think football, and its big price tag contribute much to that goal.
Sitting there three years after graduation in your now five-year-old team jersey, because you cannot afford to buy a new one, after filling out 24th resume for the week trying to peddle your degree in some abstract field of art, I suspect team spirit is not all that comforting.
So, for now as the camera pans the stadium revealing all those blurry eyed underclass men trying to see the game and slowly descends to show the perfectly manicured field with this odd-looking guy walking up and down the field with a big grin on his face, rest assured he knows who he has screwed out of all that money.
Your student-loan dollars at work.
Enjoy the game.
e-mail Doc at mail to:dr.gwebb@yahoo.com send me a Facebook (Gene Webb) Friend Request, and be sure to Like of Share on Facebook.
See Doc’s Photo Gallery at Bay Post Photos
Disclosures: