Has the Republican Party establishment left you? 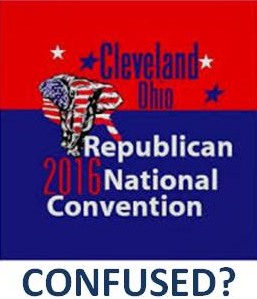 The Republican elite establishment is isolating themselves from their electorate

St. Petersburg, Fl
Opinion by: E. Eugene Webb PhD
Author: In Search of Robin
I have watched with great interest as the Republican establishment isolated itself from the choice of Republican primary voters.

They say we hear the message. The people are angry. They feel disenfranchised. They are fed up with Washington, and they say we get it; however, their actions tell a different story.

The Bushes in mass are boycotting the Republican National convention as it nominates Donald Trump. Probably because Trump called out the younger Bush, made him look like the political lightweight he is and trounced him in his home state.

Romney who has always fashioned himself as something special, denounced Trump right upfront almost crossing his own moral line. Senators and members of the House had “other things” to do instead of showing up at their party’s convention to nominate their candidate for president.

Trump they say is a phony, too dangerous to be president, too unpredictable, too brash and the list goes on. Like the kid on the playground, the Republican old guard is taking their ball and going home.

They are staying away from the convention, saying they cannot support Trump, and that he doesn’t represent the values of the Republican Party. Are there any real Republican values left?

The problem is the Republican establishment wants to maintain the status quo and Trump does not fit in the mold.

As Republicans we will have some really big decisions to make.

Do we support the political establishment or do we recognize that the Republican Party must change?
E-mail Doc at mail to: dr.gwebb@yahoo.com or send me a Facebook (Gene Webb) Friend request. Please comment below, and be sure to Like or share on Facebook.