The Republican Convention ABC to NPR, the Media and Roger Ailes 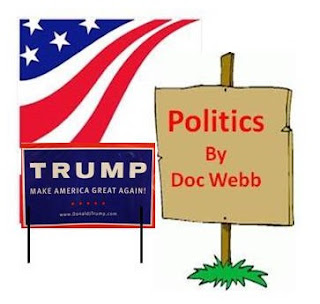 The media never got what they predicted and longed for: a complete Trump melt down and rejection by Republican voters.

I watched the Republican Presidential convention on a variety of media outlets this week. In all honesty, by the end of Trump’s speech on Thursday I had  enough.

The media disbelief that Trump could actually secure the nomination that permeated the primary continued through the week.

The news media hates to be wrong and Trump, while playing them like a fine violin, used their fascination with his persona to propel himself to presidential nomination.

Nowhere was the media discomfort with Trump more apparent than on the NPR News Hour where both anchors looked uncomfortable just being in the same building with Trump and his family.

A few years ago the Corporation for Public Broadcasting, a Taxpayer-funded program came under a funding attack from Congress for being a bit too liberal. Funding was reduced but not shut off. Too bad the effort failed.

NPR is to the liberals as FOX news is to the conservative right.

NPR figured out the Trump media approach, it seemed early on tried to limit their coverage of Trump.

It was a tough week for the NPR folks as their pundits struggled for words and continued in their disbelief that all that was unfolding before them was not just a bad dream.

Everyone at FOX News was too busy looking over their collective shoulders waiting to see what the fallout from the Roger Ailes sexual harassment scandal and resignation would be and how it might affect them.

Ailes is the Chairman and CEO of Fox News and the Fox Television Stations Group. You can catch up  on the Ailes dilemma in the  New York Times article by John Koblin and Jim Rutenberg: Accused of Sexual Harassment, Roger Ailes Is Negotiating Exit From Fox

The media mogul Rupert Murdoch and his family actually own 21st Century FOX and FOX News. It just may be that the Murdochs have grown tired of their news operation being used as a shill for the far right. If so, look for major changes at FOX News. Everyone at FOX seemed to be on edge.

The CNN desk of reporters, pundits, partisans and some I had no idea why they were there was more like a three-ring circus than serious news work and silver-haired ring leaders and panic stricken floor reporters didn’t help much.

Finally, I can imagine George Will, the conservative pundit that left the Republican Party, sitting in his apartment throwing his shoes at his big-screen TV.
The rest of the networks were so busy looking for dirt on Trump and his family, the convention and the RNC that the whole week resembled desperate version of TMC.

The media never got what they predicted and longed for: a complete Trump melt down and rejection by Republican voters.

They don’t like to be wrong, and it shows.