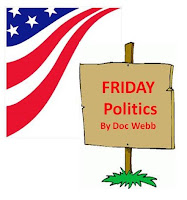 Most of the elected Republican officials are being good little solders and following the Party lead.

As Donald Trump continued to tighten his lock on the Republican Presidential nomination, Florida Republican politicians were faced with a growing dilemma. Do they stick to the Party line "anyone but Trump" or recognize the reality that the Republican Party is changing?

Here are some details from the Tampa Bay Times By Adam Smith In Florida, many Republicans are calculating the cost of supporting Donald Trump

Trump's thoughts on endorsements, "I just don't care about the endorsements," Trump said. "I don't waste my time with that."

Most of the state's political elites have thrown their support behind Marco Rubio further proof that it is all about Party and politics. Rubio who has accomplished very little, totally abdicated his responsibility as a US Senator and has no real experience besides running for office is their choice to lead this country.

Fear of the "Party" and its big donors is what is neutering the Republican Party today. What you are observing in this Presidential primary is exposure of the death grip Party Politics has on government. Almost to a person Florida Republican politicians are singing the Party song.

The real question for Florida elected Republicans is who will break ranks with the Party and respect what that Republican voters are telling the Party – it is time for a change.

The other elected Republican officials are being good little solders and following the Party lead.

Following the Republican Party of Florida over the cliff makes no sense.

If you requested a mail in ballot, you have received it. If you have not already filled it out and returned your ballot, it is laying around the house somewhere probably in that stack of unopened mail on the table.

Go dig it out, read the yellow instruction sheet, fill out the ballot and mail it in.