Charlie Crist - Is there any Go behind the Glow? 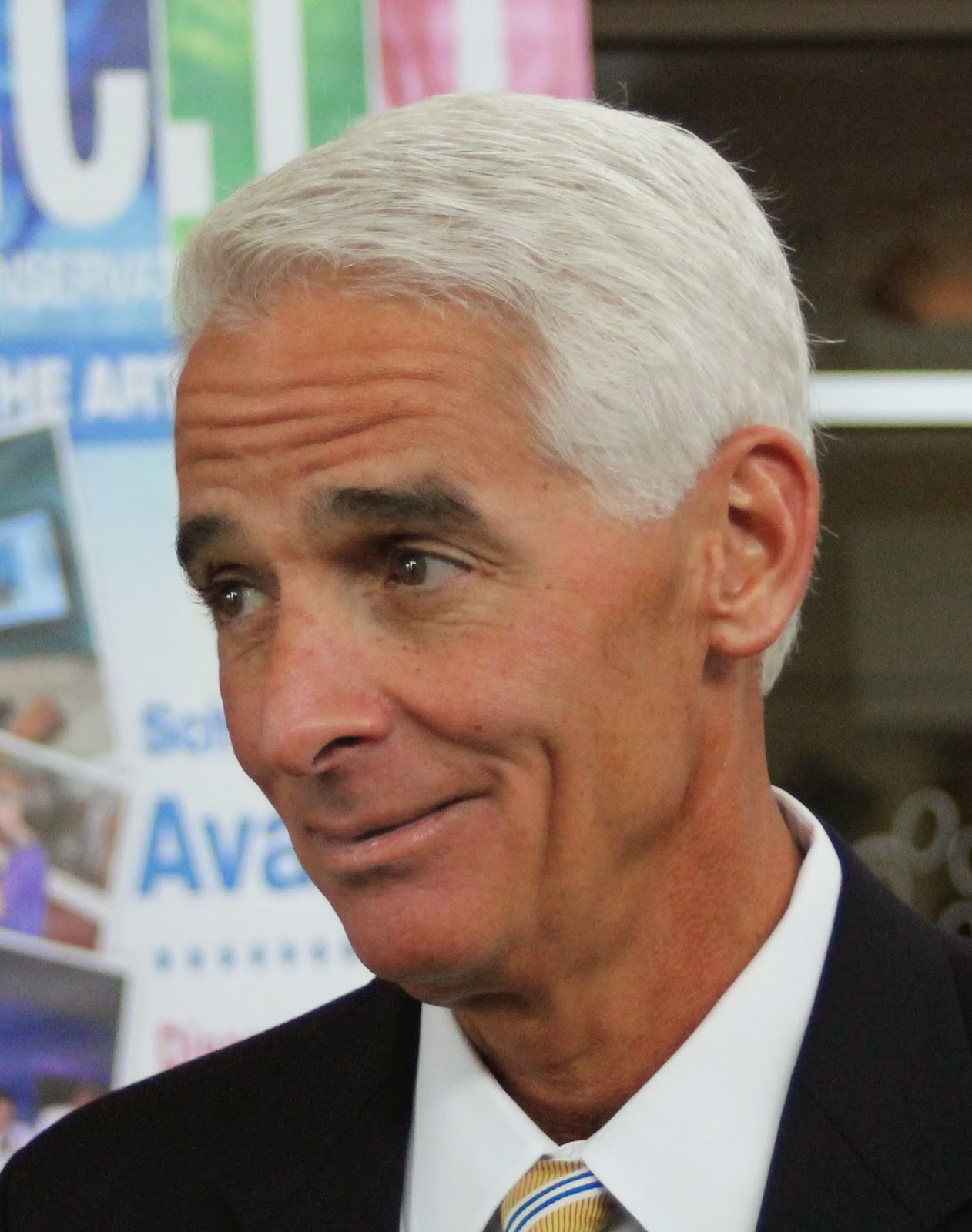 I admit I like Charlie Crist. Always have. In fact unless you're very wealthy Republican, it's hard not to like Charlie. I like Charlie's TV commercials, the sunsets, the tan, even the one at the high school, though it has the school board in a panic. Probably worried about State funding

Crist is one of the most compassionate men I have ever met, and most people who take the time to meet him come away feeling Charlie really cares about their issues, and I believe for the most part he does.

As Crist's previous term as Governor started to unravel along with the economy, my observation was: Charlie really liked being Governor he just didn't like running the State.

Florida is a big business with a lot of problems, a leadership full of elected officials with their own personal and political agendas the Governor can't really control, and in the end you just can't be a nice guy all the time.

All you have to do is follow the efforts of Governor Rick Scott and you will quickly see that being the top dog in Florida is far from a fun job.

All of which begs the question is Charlie really ready to roll up his sleeves and run the State or is he more interested in hanging out at the Governor's Mansion and schmoozing with which ever political party he is catering to at the moment?

Charlie cannot just walk into the capital and sit on his hands.

Rick Scott has done a lot of heavy lifting that needed to be done in Tallahassee and around the State. There are a bunch of bureaucrats, elected and appointed, who would love to undue a lot of what Scott has done. Charlie will find himself in the middle of an administrative and political fire storm.

Scott has gotten up every day and gone in to do battle as the most disliked governor in the entire Country and rarely complained about it. The media is after him constantly and his own party keeps its distance. But when you have seen him as I have in those rare moments when he is with friends, he is committed to moving forward and any personal cost is just not part of the equation.

The days of the political aristocracy are really gone. The higher up the political food chain you go the tougher it gets. The lingering question is could Charlie stand to be number 47 on the list of most liked Governors, if that's what it took to keep Florida moving?

We all like the compassionate leader who is there for us in the hurricane, plane crash or other disaster, and no one is better at that than Charlie Crist.

The real question is can Charlie come back to Tallahassee make the necessary course corrections and keep Florida moving forward? Can he gut it out everyday faced with the challenges of running one of the most diverse states and economies in the nation without running it bankrupt? Can he run the business of Florida?

The glow will always be there, the compassion is not likely to be watered down by the workload, but the drive to do the job is a fire easily dampened by the effort required.

Has Charlie got the GO to go with the Glow? To me that's the question.