It's the old American mantra: Baseball, Hotdogs Apple Pie and Chevrolet, kind of a commercial definition of the American dream.

In a time where everything moves at internet pace, baseball is slow and can be a bit boring. Some describe it as sort of like watching the grass grow. The recent NBA Finals attracted more than twice as many 34-and-under viewers (10.83 million) as did the World Series (4.68 million).

Perhaps the national pastime is moving on.

Last week I stopped by the local Chevy dealer to pick up my new truck. 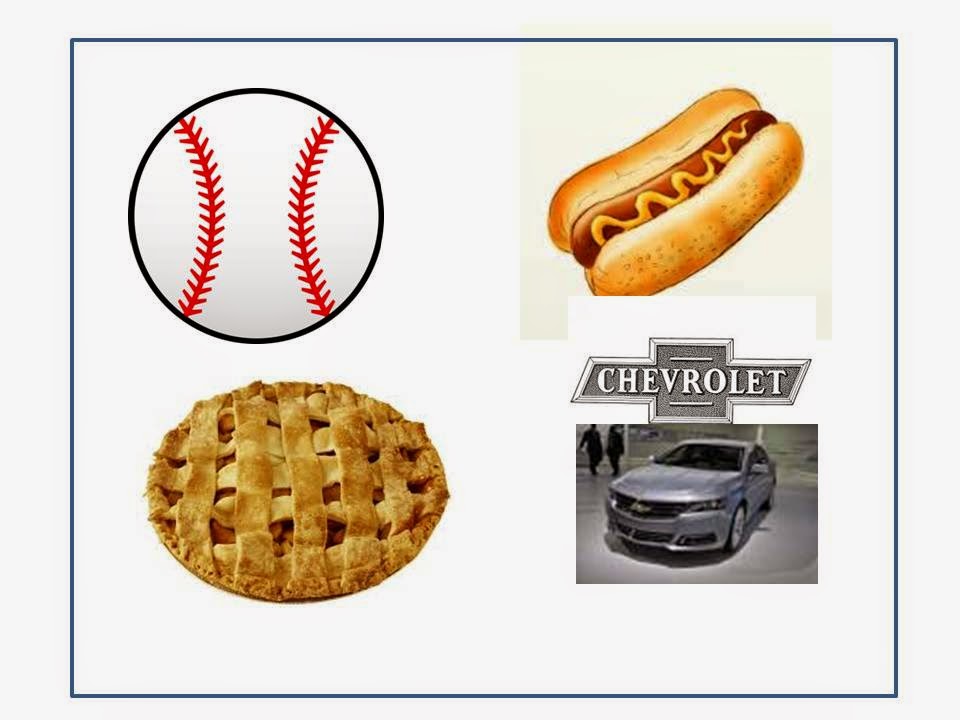 On the show room floor was a stunning silver Chevrolet Impala SS (Super Sport). All decked out in leather, 6.3 liter V8 with a list of options as long as your arm. As I looked over the window sticker one thing caught my attention, a small area on the form, Parts Content Information: Engine manufactured in Mexico, car assembled in Australia.

The flagship of the Chevy sedan line was an import! Hypocrisy!

My Mom passed away a number of years ago, so a good homemade apple pie is hard to come by these days save those rare moments at the church pot luck dinner.

Publix comes close but out of the box is just not homemade out of the oven.

All of this leads me to believe that the new generation of high energy, fast paced, screen driven GenXers and Millennials need a new mantra.

How about Soccer, Hotdogs, Yogurt and BMW?

Just doesn't have that ring.

Not all is lost.

The 2014 Chevy Silverado was assembled at the GM truck plant in Roanoke, Indiana, not far from my home town, the engine and transmission all made in the United States according to the window sticker.

I guess it all still makes sense; you just have to work at it.