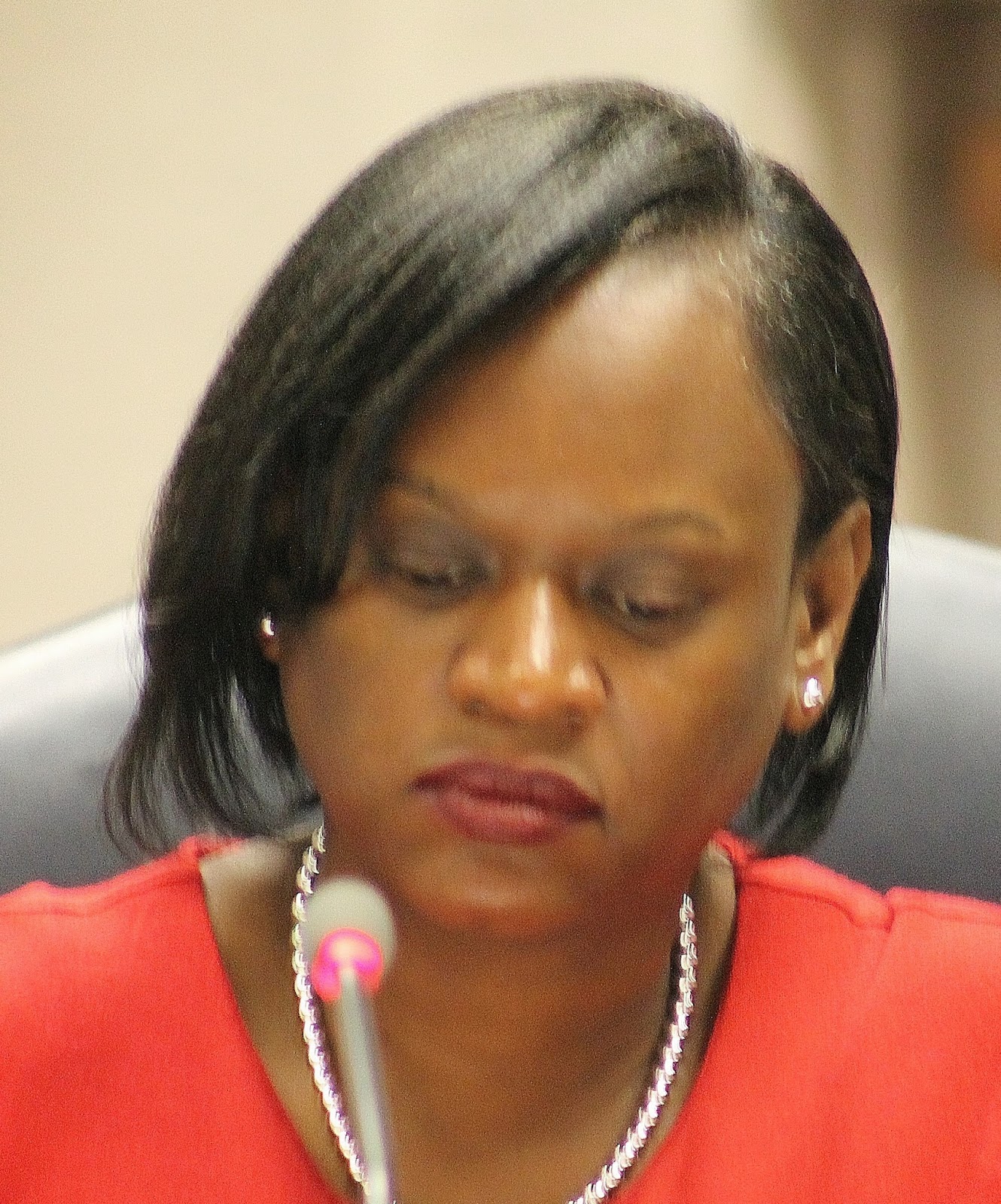 Dr. Tomalin is an engaging person. She focuses in and makes great eye contact. When you talk to her it would be a good idea to be ready to really listen. The thoughts and words come quickly.

As you can see in Part I of A Casual Conversation with St. Petersburg Deputy Mayor Kanika Tomalin, she is rapidly developing a good grasp of the challenges that are before the Kriseman Administration.

Our conversation continued as I asked this question, "Other than the Budget; what are some of the other challenges you see over the next four years?"

"I think it is being effective communicators," Dr. Tomalin continued, "So the 250,000 people we come to serve every day understand just how much we are doing towards their best interests."

"What is your overall view of St. Petersburg," I asked?

"St. Petersburg is an unbelievable City that is just on the cusp of its greatness." "Defined by a visionary, progressive population, that is ready to be about its potential." "It's all about the people." "It is a City that is
made great by its people, situated perfectly in a geography that is just unparalleled."

"What is the one thing that has moved you the most deeply since you have come to City Hall," I asked?

"It is the commitment and dedication of the people who work here," Dr. Tomalin replied.

"You always know there are public servants working on your behalf, but I had no idea, even having worked with them from the other side of the table, just how talented and skilled and commented they are to see the City be its best."

"People who have every choice in the world of where they can exercise their profession because they are that skilled they are very talented and they are choosing to come here every day and their value manifests much deeper than compensation or title because really, what they are contributing there is no compensation really within the market." "They are doing this because they believe in it."

Dr. Tomalin replied, "We as an Administration are approaching South St. Pete with a little bit of a twist on the science used until now."

"There has been a lot of focus on commerce there: business development particularly in the retail space." "Commerce is absolutely important to any community's survivability but we think it is only one component of what's going to make South St. Pete work and be its very best."

"Equally important is nurturing neighborhoods and families by providing safety and quality of life with access to resources that define a neighborhood with ready access."

The Deputy Mayor continued, "We also believe we must invest in opportunity creation, which is very different from job creation." "We're talking about skills and training and education exposure that allows one to create their own opportunity."

"You give someone the opportunity and the right tools and the job will take care of itself and you create natural demand that doesn't have to be constantly subsidized."

"Over the past decade we have been very fortunate to have invested over 200 million dollars in infrastructure in south St. Petersburg, Federal, State and local dollars that have built beautiful places." "But now it is time to invest in the people that occupy those places to insure that it is not faux but authentic aggregating growth that will change the paradigm for generations into the future."

We then did a lightening round where I gave her a name or subject and she responded with a short answer. All of the responses were quick and pretty predictable until I got to this name.

Until that point the conversation had been very focused and intense with never ending eye contact.

Tomalin looked away for just a moment and I could see the emotion, then she said, "Truly a pioneer, a trailblazing pioneer, someone who saw something that seemed audacious at the time but we're making it happen right now."

Comment
It is pretty clear that Kanika Tomalin is well along in knowing her job as Deputy Mayor. It is also very clear that she knows that her job is a lot bigger than the tasks.

There is a legacy to be continued, examples to be set and a destiny to be fulfilled; couple all of that with a really difficult job and it is a heavy load to carry.

It seems to me that that The Deputy Mayor is more than up to the task.