Greenlight Pinellas are They Following the Rules? 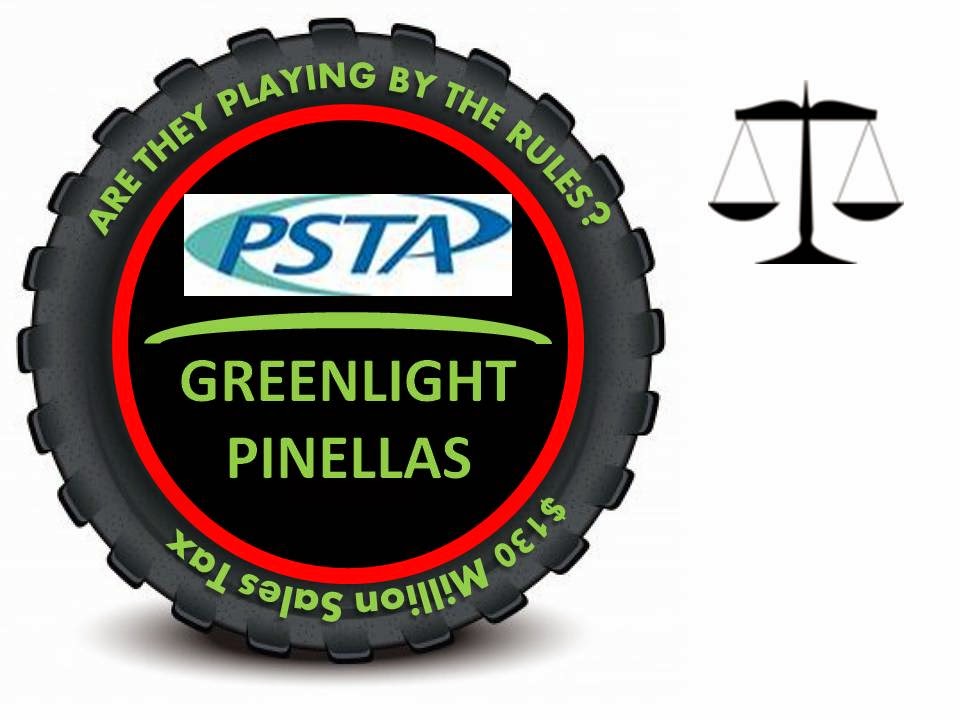 The Pinellas Suncoast transit Authority, PSTA continues to come under scrutiny for its direct campaigning to pass a 14% sales tax increase and raise its revenue by almost 300%

If there was ever a case of misusing public funds to feather their own nest this is it.

There is more detail on the Brandes request at Saintpetersblog: Sen. Jeff Brandes calls for audit of Greenlight Pinellas.

The inquiry should probably be referred to the Florida Ethics Commission and some questions asked about the propriety of PSTA board appointed public officials being part of this effort and also PSTA's successful effort to eliminate any dissenting voices from its Board.

In any case the whole Greenlight effort is starting to smell like two day old Florida road kill in July.

The sales tax referendum is not about an expanded bus system it is all about passing a poorly written Ordinance that immediately triples PSTA's revenue with no controls included in the Ordinance. You can read the Ordinance here Greenlight Pinellas Tax Ordinance.

The objective of the PSTA and its high profile supporters is to get the sales tax passed; spin off a bond issue to build the train that does not go where it should and no one will ride, and tie up this sales tax and the revenue it generates for decades to come.

That's the story that needs to reach the residents of Pinellas County.

Either the Florida department of Transportation or the Ethics Commission needs to step in, do a full scale investigation and while they are at it strongly suggest that some of the YES people on the board be replaced with some dissenting voices.

Given the efforts of the PSTA Administration, the Board and YES-GreenLight and the lengths to which they have already gone, no voter in Pinellas County in their right mind should even consider voting yes on this referendum and turning over and additional $100 Million annually for these people to mismanage.