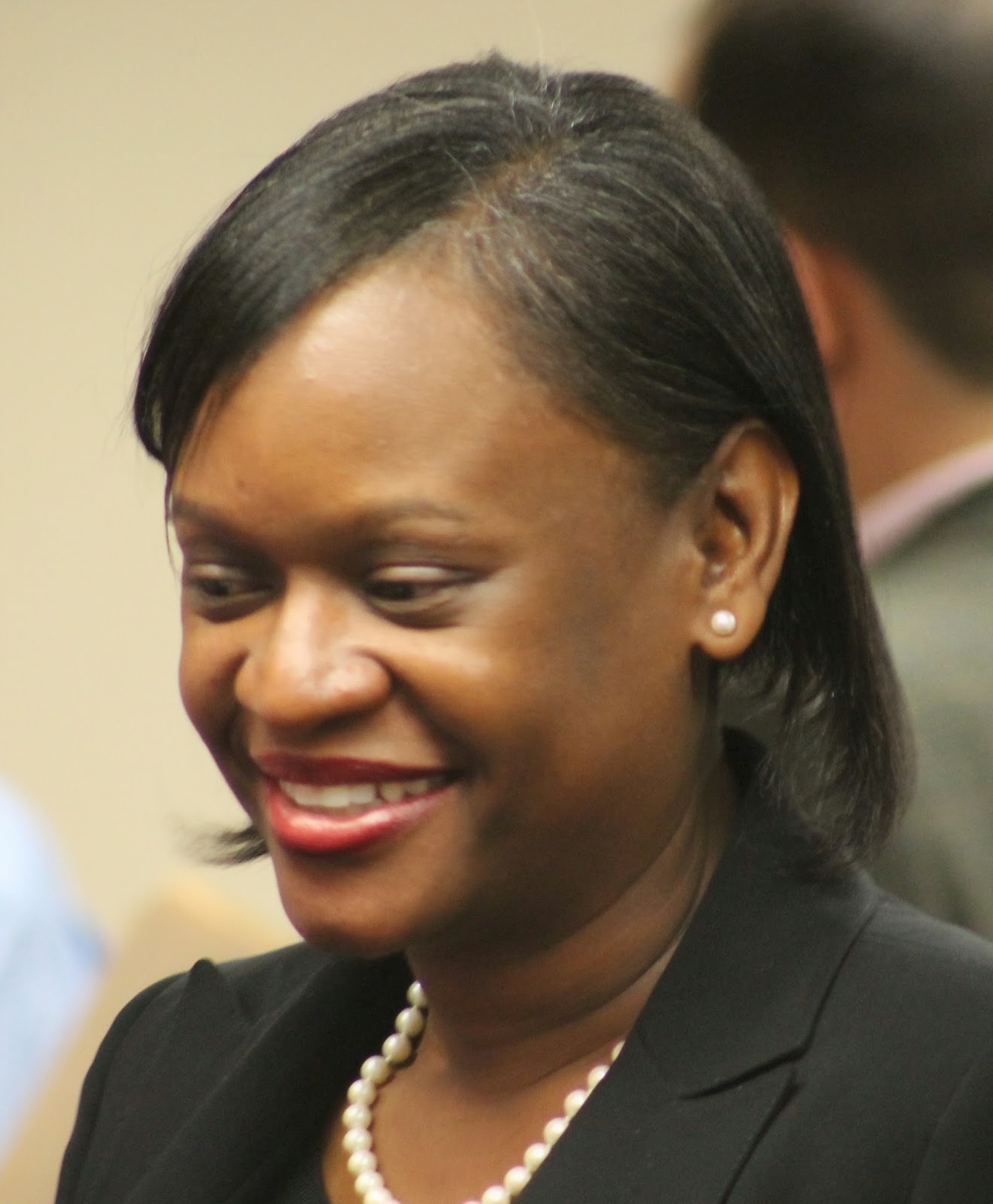 The Deputy Mayor is a busy person, so it took some time to clear a spot on her calendar, but we finally managed to set down last week for casual conversation around noon at City Hall. As I quickly discovered, the conversation may be casual but the subject matter with the new Deputy Mayor is intense.

Dr. Tomalin was born and raised here in St. Petersburg and is the 5th generation of her family to live here.

She began her professional career at Bayfront Health Systems and was there for about 14 years.

As we settled in, I asked Dr. Tomalin, "What led you to public service?"

Dr. Tomalin replied, "From a very young age I was fortunate to grow up in a family where public service and giving back is really not optional; it is a way of life."

"What do you see as your primary role here as Deputy Mayor", I asked?

"Serving as an extension of the Mayor's reach", Dr. Tomalin replied. "The Mayor has a significant commitment to making some transcendent changes here in our community and his vision extends far beyond
any one person's ability. What I hope to be able to bring is a peer who can meet him where he is and help him carry out his vision in the places he is unable to be."

"What would you like to accomplish in the first 100 days," I asked?

Dr. Tomalin replied, "My biggest objective for the first 100 days is mostly accomplished and that was helping the Mayor articulate his vision of an over arching goal for all of the team members of the City. We have created a planning model by which we will all work and the matriculation toward that vision over the course of our work for the City and I am glad that it is done and just about ready to be introduced to the community."

I continued on, "What do you think the team should accomplish in the Mayor's first term?"

"I think the most significant thing we can accomplish is aligning resources with our priorities in a way that sustains beyond our time here. We have a Budget that isn't necessarily completely aligned with where the City would like to go. Where that margin of excellence can go from good to great and where innovation, expertise and exposure really define our course. So we are doing work to align our priorities and our resources in a way that they support the means to create a platform."
"In our first term, if we are able to do that, obviously delivering some great outcomes along the way that will set the stage not only for a second term for him (Mayor Kriseman) and also for us to continue on a path that serves the City long into the future."

I pursued this area more and asked, "If the Budget priorities are going to be realigned, there would likely be some winners and some losers? How will you deal with those issues?"

"It's all about the value proposition in my mind," Dr Tomalin replied. "And it translating the work we're doing in the realignment of the Budget, in a way the community understands how their investment is best serving them."

"A lot of the shift that we are exploring and will probably make has to do with boxes we have been able to check. As we continue to evolve as a City, there will be things and infrastructure that require significant investment at one point, we do that, we build that house, and then we are able to move on. Ideally we won't have 'losers,' necessarily. We will be able to shift our priorities to reflect those things we have not been able to attend to before."

We were just barely 10 minutes into what was a very pleasant but intense conversation, and the Deputy Mayor had a lot more to say about: the next 4 years, her view of St. Petersburg, what has moved her most since coming to City hall and some very exciting comments about South St.Pete. All of that tomorrow in: Part II of a Causal Conversation with the New Deputy Mayor.