Yes for Greenlight VS No Tax for Tracks 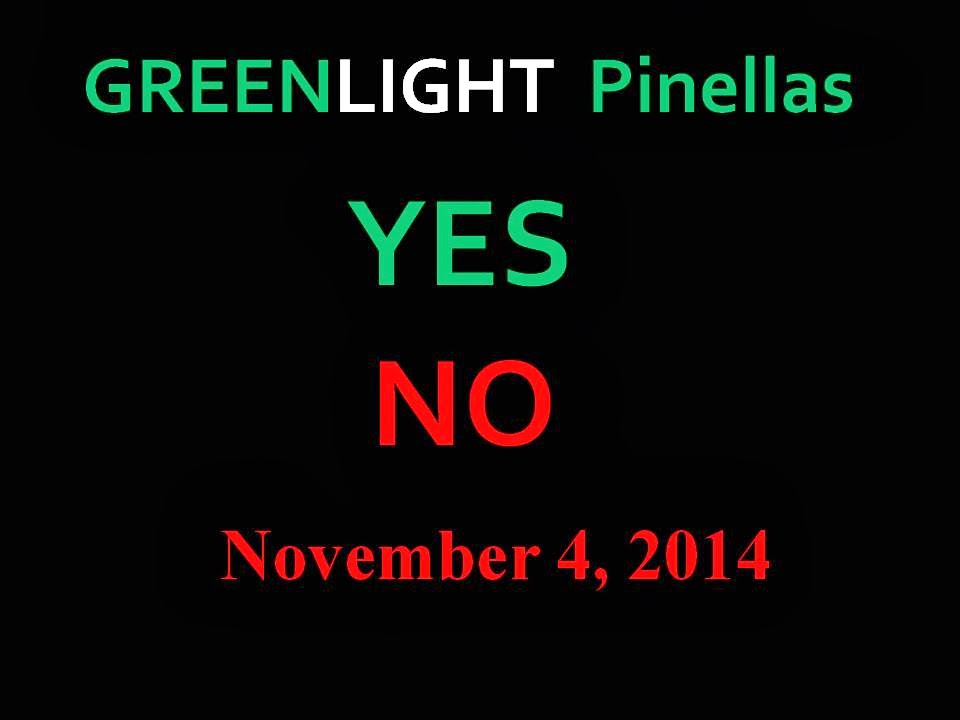 Yes for Greenlight kicked off its million dollar campaign to sell the voters of Pinellas County on the transportation sales tax increase last week.

Interestingly the "public" meeting was conducted by the Pinellas Realtor Organization and held at their facility at 4590 Ulmerton Road.

Right off the top of your head do you know where that is?

Nothing could have drawn the lines in the battle for the sales tax referendum more than the contrast between the No Tax for Tracks kickoff meeting at a Church in Largo and the Yes for Greenlight kickoff.

At the Yes for Greenlight meeting the room was full of smiling politicians, PSTA staff, TBARTA, developers, real-estate people, power players, the St. Pete Chamber of Commerce and some No Tax for Tracks people.

Notably in much smaller numbers, members of the general public who will actually pay the tax were present.

Contrast the above with the No Tax for Tracks kickoff meeting, where none of the above was present only regular citizens who will pay the tax and use whatever comes of it.

To me, just the location of the so-called public meeting spoke volumes.

The public was "invited" but not really expected to attend. This meeting was big money, power players and special interests getting amped up to put a tax in place that they can well afford and expect to directly benefit from.
The Yes for Greenlight people say no slick TV ads and brochures, just a people to people effort. We will see how that works for them.

I would suggest that if you or your civic club, church group, neighborhood association, condo association or home owners association wants to know more, that you contact Yes for GreenLight and No Tax for Tracks and have both groups come to a meeting and make their case.

I am opposed to the sales tax referendum for a number of reasons that differ slightly from the No Tax for Tracks opposition and you can see some of them here: GreenLight Pinellas the Other View and Let's Not Make a 130 Million Dollar Recurring Mistake

Beginning in mid March if you would like to see my 20 minute presentation on the Pinellas County Sales Tax Referendum, please call my office at 727-545-9269 to schedule a time. I will be happy to come and speak to any group at any location in Pinellas County.