Under the Covers - The Secret to Mayor Elect Kriseman's Success 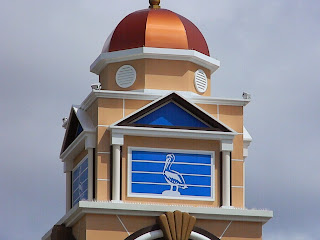 This past week should lift up the spirits of everyone in St. Petersburg. Unlike his predecessor, Mayor elect Kriseman is putting together a first class team to lead St. Pete into the future.

Interim Police Chief Dave DeKay will provide stability and continuity as the new administration looks for the next permanent Police Chief.
Deputy Mayor Kanika Tomalin looks like a great choice to provide leadership as the new Mayor focuses on issues concerning poverty and South St. Petersburg.
So the team is taking shape and it looks like there will be more outstanding people joining the team.  According to the Mayor elect, "I'm getting a surprising number of calls from people wanting to come on board"
Good leaders attract good people.
It looks like putting a top notch leadership team together  is going to go well.
Once you have the top level leadership team, then what?
The real secret to the Mayor elect's success will be to quickly take the necessary steps to make sure that his new leaders have the specific managers and teams THEY need to get the work done. That means some painful and difficult decisions about who stays and who goes at the staff and operational levels.

As you might expect after almost thirty years with the City I have my opinions, but this is not the place to express them.
The real serious management, competency and leadership issues among the City staff are pretty well known, and I am sure the Mayor elect is getting an earful of opinions.
The point is Kriseman was there as a City Council Member for 6 years, a lot of the same staff people are still working for the City. He has a lot of institutional knowledge he can apply.
The biggest mistake would be to punt these staffing decisions to his new team, causing them to struggle for weeks or even months with staffing problems when they should be hitting the ground chasing issues.
There is a transition process providing for the calling for letters of resignation from senior staff. Mayor elect Kriseman should use this process and accept a lot of them.
There will be cries about lost institutional knowledge and so on, but, as the Mayor elect is finding out, there are a lot of competent and capable people in and outside the organization willing to step up and work for the City they love.
It's not about the money.
The City of ST. Pete can be a great place to work.
Thirty years ago at the nagging of a good friend, I took a significant pay cut and went to work for the City of St. Pete. I distinctly remember saying "I can only afford to stay here for a year or so."
Almost thirty years later I retired from the City.
The thing about working for a local government is: everyday when you go to work you know and can see that you are making a difference in the community you live in. It is a feeling you rarely have in the corporate structure.
So should you be fortunate enough for your phone to ring and someone from the Mayor elect's transition team inquires as to your interest in this or that job, think before you make all of those typical excuses. Taking that opportunity could just be the best decision you ever make.
It was for me.