SCHORSH and The Tampa Bay Times 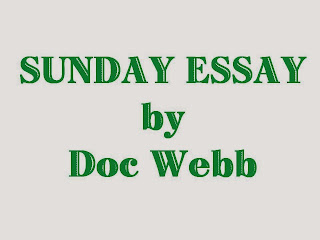 The dust up between Peter Schorsch, SaintPetersblog, and the Tampa Bay Times (no link here because you have to pay to read it on line) is interesting to say the least.

I have not been a fan of the Times since they made a run at me shortly after I started work for the City of ST. Petersburg. A run which, by the way, was quickly quashed by then City Manager Alan Harvey.

Peter Schorsch and I have a love hate relationship. I kind of love the guy and he hates me in a nice way.
I Posted on StaintPetersblog for a while several years ago, but Peter and I are often far apart politically. Check my Posts about Rick Scott and Peter's, and that will tell you all you need to know.
I'll never forget the day Peter called and said. "I can't use your stuff anymore it keeps me up at night." He went on to say. "here is a phone number for the editor of a new site just starting in ST. Pete called PATCH." "I talked to the editor and I think you would be a good fit for them."
I have been Posting for PATCH for almost 3 years.
Most of the stuff in the Times article is pretty well known, and I am not going to condemn or defend Peter because, like Mr. Cox, I am pretty sure I don't have all the facts. The Times does not have stellar record for research and quotes especially when they have an ax to grind.


Peter and his company Extensive Media, have some well documented issues that should be resolved, and the company has grown large and influential enough that policies and procedures should be put in place to deal with the future. That's how all business grow.
What I do know is Bloggers pretty well understand newspapers but newspapers are still trying to figure out social media and Bloggers.
When a Blog like SaintPetersblog morphs into a powerful political and information source it is bound to attract the ire of conventional journalism especially from the print side of the house which is struggling.
I find it hard to believe that there has never been a story squashed or rewritten over at the Times when it offended an advertiser. Maybe not, but I still find it hard to believe.
Peter works pretty hard at being a bad guy. Some days he has to work harder than others because just under the surface is a pretty nice guy. Peter's detractors will continue to whine and complain but through it all you can get a lot of valuable inside information in his Blogs, Posts and articles.
If your into politics, state and local government, you can read SaintPetersBlog on line for free. To read similar on line content, but not nearly as good coverage, in the Tampa Bay Times you have to cough up $6.00/month, even if you already subscribe to the print edition.
I'll let you figure out where the value lies.
Please comment below or e-mail Doc at dr.webb@verizon.net.
e-Books by Dr. Webb are available at Amazon.com (Kindel) and Barnes and Nobel(Nook)
So you Want To Blog, by Dr. E. Eugene Webb and Michaela Perron, MBA
The Official Guide to Christening or Renaming Your Vessel, By Dr. E. Eugene Webb