Maturity and The Mayor's Office

Being Mayor of St. Petersburg is a really big job. 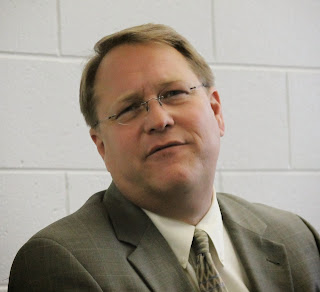 First you have the interests of almost 250, 000 people to serve, almost 2700 employees to lead and a budget that approaches 450 million dollars each year.


Top that off with the fact 550 or so of your employees carry guns and can and do kill people, you have the largest percentage of failing schools in the County, the southern half of your city faces high unemployment and  an increasing crime rate and you have an aggressive business and arts community.


It takes a special person to lead the City of St. Petersburg, Florida.


It takes someone with steadfastness, integrity and most of all maturity.


In Bill Foster, St. Petersburg has found none of those qualities.


I could recount the failures, but you can read those elsewhere on this site, other social media sites such a SaintPetersBlog, the Tampa Bay Times and the St. Petersburg Tribune.


Foster's immature responses, flip flopping on major issues, willingness to deny the public their voice, failure to recognize and deal with crime and conditions in South St. Petersburg reflect the maturity of the man.


Often the reason for voting for the incumbent is "we know what we are getting". In this election truer words were never spoken.


You know exactly what the incumbent is. He is inconsistent, vindictive, incapable of leading and immature.


Bill Foster is not the person who should lead St. Petersburg for four more years.