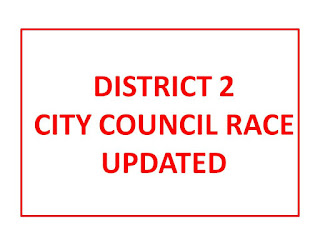 Note: Reposted as a new candidate has entered the race.
Candidates: James Kennedy , Lorraine Margeson
In the Post It's Time To Go On the Record, I asked each registered St. Petersburg candidate  to answer seven questions:
1.  Should the LENS come to a referendum, will you support voting to stop the project?
2. Do you support closing the Pier?
3. Will you move to end the red light camera program?
4. Do you support the Rays talking to anyone in Pinellas County or Hillsborough County about a stadium site?
5. Do you support the neighborhood association concept and what will you do to specifically help rebuild this City asset?
6. Do you support hiring a new Police Chief?
7. What specifically what will you do to begin to reduce crime and improve the quality of life in South St. Pete?
As candidates responded to Comments section of the Post has become long and a bit difficult to follow; so I have set up a Post for each race and copied , with no editing, the candidate's responses to date.
Candidates who have not responded,  may add them in the Comments section or e-mail them to me and I will add those comments with no editing  to the Body of the Post.


1.  Should the LENS come to a referendum, will you support voting to stop the project?
We have our vote Aug. 27th, VOTE YES TO STOP THE LENS
2. Do you support closing the Pier?
The Pier must be re opened ASAP, no I do not support that move to put upwards of 400 folks out of work when this city knows quite well that the LENS is going down.  The Chamber of Commerce and the Mayor should be ashamed of themselves for supporting this. Whatever happens after we defeat the LENS it will be years and years before any replacement in whatever form.  Re open the pier NOW on a limited basis, maybe open the first floor to kiosk business in air conditioned space (I know that several businesses who were just kicked out would return in a New York minute), open the top to some small bar/restaurant service, and instead of the $300,000 the city makes from the two parking lots going into the general fund, use that to subsidize a partially opened pier, keep floors two and three closed.  The public would LOVE THIS...........AND MAYBE A FEW MORE FOLKS WOULD BE PUT BACK TO WORK!!  Refurbishment should definitely be an option when the LENS is defeated.  The city is simply telling un-truths when they say that refurbishment "is impossible"..the city is simply telling un truths when they say it would cost 87 MILL to refurbish because IN THEIR REFURB PLAN THEY WIDENED THE APPROACH BY 50 FEET, yep they sure adds a LOT of cost to a pier approach rehab, that should be NARROWER not widened, what was this city thinking????..look at the engineering reports to see the other side of the truth on the possibility of repair and renewal. Refurbishment would be the most environmentally friendly and likely the least costly option in the end.
3. Will you move to end the red light camera program?
Absolutely
4. Do you support the Rays talking to anyone in Pinellas County or Hillsborough County about a stadium site?
The Rays are a private concern and can do whatever they want as long as contract issues are met with the city and it's on their dime.  We have far more important issues on the table for this city than the Rays to address at this time.
5. Do you support the neighborhood association concept and what will you do to specifically help rebuild this City asset?
Absolutely, paying attention to the neighborhood association process would be helpful, it seems that this important component of city support services has been ignored in this administration.  The Neighborhood Partnership department for the city used to be very vital and very helpful, that department needs to have the resources and support to once again be an effective outreach and support system to the neighborhood association concept.  Council members need to make regular visits and NOT just to their district meetings, but go to meetings all over the city, we must keep our ears to the ground in order to gauge the feelings and desires of our constituents.
6. Do you support hiring a new Police Chief?
Since I hear that Chief Harmon is retiring, of course!!!
7. What specifically what will you do to begin to reduce crime and improve the quality of life in South St. Pete?
One of my priorities if I have voter support to sit on council will be a focus on public safety issues and the  quality of life enhancement and economic development that a safe atmosphere brings to a neighborhood or business district.  From approximately 1996 thru 2001 I ran the 34th St Corridor Crime watch.  We had a VERY active volunteer group that worked successfully hand in hand with the St. Petersburg Police Department and the Pinellas County Sheriff's Office, our group carried out weekly anti drug marches along the corridor when I still lived in that neighborhood before moving to my current location in NE St. Pete.  We helped establish nuisance abatement cases for the police department to pursue, and recorded drug dealing and prostitution cases for the officers to act on, neighborhood cleanups, the whole nine yards. I participated in anti drug marches throughout the city as well.............I know how neighborhoods can support each other.  That kind of partnering needs to come back strong to create vibrant neighborhoods, neighbor helping neighbor in conjunction with strong neighborhood policing initiative partnerships,  economic development AND code enforcement/nuisance abatement pursuits.  Neighborhood watch programs where telephone trees and regular communication is part and parcel of the commitment along with regular visits with the crime watch coordinator and the community policing officer/officers in charge are VITAL to success along with the Neighborhood Partnership department at City Hall.......just putting up signs is a useless pursuit.  Volunteers keeping watch with city government/law enforcement support is the formula that will move a neighborhood to a safer situation.
e-mail Doc at: dr.webb@verizon.net, or send me a Facebook Friend request.
Campaign Disclosures: Contributor to Darden Rice Campaign