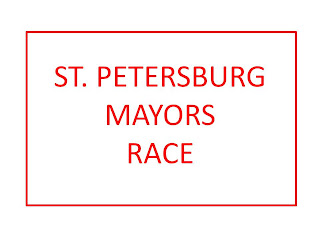 
Kathleen Ford:
1. Should the LENS come to a referendum, will you support voting to stop the project?
The citizens of St. Petersburg value their waterfront. Accordingly, I believe that they should have a vote on the Pier, especially where the current mayor sought permission from the Southwest Florida Management District to bulldoze the inverted pyramid before any plans for a new pier had been finished or approved. The 78,000 sq ft of commercial space located at The Pier is a significant City asset that is structurally sound. No engineer has opined that either the inverted pyramid or the foundation upon which it rests are not structurally sound. Meanwhile, architect Ken Kroger has stated that it would cost the City over $35 million to build this inverted pyramid today.  I believe the citizens of St. Pete should vote on whether this icon should be saved. I think the Charter requires referendum approval if the City wants to permanently dispose of it by demolishing and not replacing the pier building.

After Vote on the Pier obtained the required petition signatures I suggested ballot language to the City attorneys and City Council which would give the citizens an opportunity to vote on the future of the waterfront. I suggested a primary with all choices: park only no pier, pier only, renovate inverted pyramid building, looping figure 8 sidewalk over water (Lens) or something else.  I suggested that the two choices receiving the most votes then be voted on in a general election to determine the winning choice for the waterfront.
2. Do you support closing the Pier?
I did not support closing The Pier.  When Parsons Brinkerhoff performed its engineering analysis of the pier approach, pier head and inverted pyramid, it suggested a staggered construction schedule so that the Pier shops could remain in business during construction and renovation and the City would maintain a revenue stream through the construction. That makes sense to me. The Pier has required a subsidy because it has been poorly managed and the maintenance costs have
increased because the pier approach, the bridge portion, needs so much attention. These would be significantly reduced or would disappear altogether with a new bridge structure and better management.
3. Will you move to end the red light camera program?
I do not like red light runners. As a registered nurse I cared for people injured in car accidents as a result of red light running and the personal injuries can be devastating. Rather than make the intersections safer, however, the City has implemented a program that shortens the yellow light making the incidence of red light running more likely. This is stupid and wrong. There are standards for lights in intersections to allow the safest passage and these should be followed. This mayor, city council and administration have lost all credibility in this area. No one trust City Hall since they fail to advise the  public that the number of accidents actually increased.

Considering this, I think the program should be scrapped.
4. Do you support the Rays talking to anyone in Pinellas County or Hillsborough County about a stadium site?
The City, County and State have a significant investment in the Rays baseball team here in St. Petersburg. I know we have some very loyal fans in St. Petersburg. I also know that millions of dollars in bonds issued by the City will not be paid off until 2025. Thus,  this investment warrants significant attention in any such discussions. It is hard to understand, at times, where the Rays want to be. On the one hand, the Rays wanted a half a billion dollar stadium on the City's waterfront. A few months later, however, the Rays said they were having difficulty in St. Pete and wanted to look outside of St. Petersburg, outside of Pinellas County and some have rumored outside of Florida. How in that short period of time could the economic conditions have changes so quickly? I understand that the Rays have a business decision to make. I am always open to discuss our relationship with the Rays. I understand my fiduciary duty to the citizens of St. Petersburg on these matters.
5. Do you support the neighborhood association concept and what will you do to specifically help rebuild this City asset?
As a former neighborhood association president, member of the City's first neighborhood plan planning committee, and liaison to other neighborhoods considering neighborhood plans (Bartlett Park, for example), and as a result of my involvement with the City's Housing Roundtable, State Housing Initiatives Program (SHIP) and as the creator of the City's Homeless Task Force (at the request of Steve Kersker, the first Chair of the City's Homeless Task Force) and participant in the Visioning 2000 program, I am a champion of our neighborhoods. This program has been steadily defunded and staff reduced until very little remains today. And, it shows in our struggling neighborhoods.  I would restore it and the neighborhood partnership funding. Our city has many, many caring neighbors in many diverse, unique and special neighborhoods. They should be supported in their efforts to restore all of our neighborhoods in St. Petersburg. I would reenergize the program with additional support from all relevant
departments, such as police, codes, sanitation, traffic, etc
6. Do you support hiring a new Police Chief?
Every position will be evaluated, including that of the police chief.
7. What specifically what will you do to begin to reduce crime and improve the quality of life in South St. Pete?
We need to support education, summer jobs programs, after school activities and vocational and technical education to ensure that everyone finds a place to work and be successful in our community.

The citizens of St. Petersburg deserve open, honest and accessible and accountable government. I will work to restore our neighborhoods, revive and support our commercial districts, ensure that every child has a successful education, seek out sustainable environmental opportunities and demand fiscal responsibility. We can do better and I ask the citizens of St. Petersburg to  vote for me, Kathleen Ford, on August 27, 2013.
Thank you!
Kathleen Ford
Bill Foster: No response


Rick Kriseman:
1. Should the LENS come to a referendum, will you support voting to stop the project?
Yes.
2. Do you support closing the Pier?
I support keeping the approach and pier head open to pedestrian traffic for residents and visitors to enjoy until we move forward with a new pier (not The Lens).
3. Will you move to end the red light camera program?
No.  If utilized properly, the use of red light cameras should be for safety purposes only, not for the purposes of making money (the goal is for driver behavior to change, which would ultimately result in revenues dropping and eventually no revenues flowing into the city for the use of the lights).  Red light camera placement priority should be at the intersections with the highest incidents of accidents.  I also don't support right on red tickets being issued via cameras.
4. Do you support the Rays talking to anyone in Pinellas County or Hillsborough County about a stadium site?
My preference is for the team to remain in St. Pete and to thrive here. If that proves to be unrealistic - if the Rays simply do not want to be here any longer - then they should be given the opportunity to pay an exploratory fee in order to look at other locations, provided those locations are in the Tampa Bay area. Throughout the negotiating process, I will ensure that our taxpayers are protected. While a sense of regionalism is important, especially in tough economic times, my primary duty will be to the residents of St. Petersburg.
5. Do you support the neighborhood association concept and what will you do to specifically help rebuild this City asset?
St. Petersburg is home to many unique, culturally rich, and historically significant neighborhoods. These neighborhoods deserve the full support of city hall.
As mayor, I will encourage effective and influential neighborhood associations by funding the Neighborhood Partnership Grants program and support staff and treating our Codes Compliance Assistance Department as a budget priority.  As we continue to emerge from the economic downturn and related budget cuts, we must look to restore funding to the areas that were hit the hardest, and that includes Codes.
My goal is for each neighborhood or area to have its own vibe, to be its own destination. Visually appealing signage at neighborhood entrances and wayfaring signage in populated areas is an easy first step and a resource for both residents and visitors.  But to truly strengthen the identity of a neighborhood we must better promote its distinct flavor and help tell its story.
6. Do you support hiring a new Police Chief?
I’m not going to discuss specific personnel changes while I’m campaigning, but with a much-needed new police station on the horizon, an opportunity exist to rebrand our department in order to boost morale and to rededicate our department to its three major tenets – Respect, Accountability, and Integrity.   I believe that this is an ideal time to begin a new chapter for the St. Petersburg Police.
7. What specifically will you do to begin to reduce crime and improve the quality of life in South St. Pete?
First, I am a supporter of the traditional community policing philosophy which emphasizes the relationship between the police officer and the neighborhood in an effort to promote trust and cooperation.
But one of the most important things we can do is focus on education. A strong public education system fuels our economic engine and has a positive impact on public safety. That’s why the mayor and all municipal leaders must work with our schools to help our young people succeed.
As a state representative, I passed legislation requiring the Department of Education to make service-learning curriculum available to our public schools. Integrating meaningful community service with instruction and reflection, service-learning enriches the learning experience, teaches civic responsibility, and strengthens communities. As mayor, I will work to have service-learning implemented in all of St. Petersburg’s public schools.
I will continue and strengthen the Mayor’s Mentors & More program and seek out additional corporate partners to assist with volunteering, resources, and strategic planning. And because not all students and young adults take the same path, protecting the Job Corps program located in Midtown will be a priority of my administration.
Finally, as I believe crime is the outcome of many unfavorable conditions, including the lack of jobs paying a living wage, we must do what we can to understand and address these root causes in order to create a safer St. Pete for future generations.