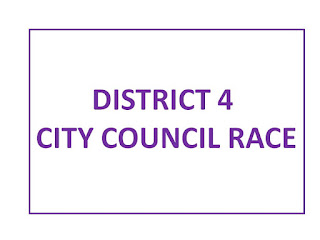 Candidates: Dr. David McKalip, Darden Rice, Carolyn Fries
In the Post It's Time To Go On the Record, I asked each registered St. Petersburg candidate  to answer seven questions:
1.  Should the LENS come to a referendum, will you support voting to stop the project?
2. Do you support closing the Pier?
3. Will you move to end the red light camera program?
4. Do you support the Rays talking to anyone in Pinellas County or Hillsborough County about a stadium site?
5. Do you support the neighborhood association concept and what will you do to specifically help rebuild this City asset?
6. Do you support hiring a new Police Chief?
7. What specifically what will you do to begin to reduce crime and improve the quality of life in South St. Pete?
As candidates responded to Comments section of the Post has become long and a bit difficult to follow; so I have set up a Post for each race and copied, with no editing, the candidate's responses to date.
Candidates who have not responded, may add them in the Comments section or e-mail them to me and I will add those comments with no editing  to the Body of the Post.
Dr. David McKalip


Darden Rice:
The following response is from Darden Rice District 4 City Council Candidate sent to me via an e-mail.
1. Should the LENS come to a referendum, will you support voting to stop the project.
YES. It's time to hit the reset button and let the laboratory of democracy settle this one. The City's handling of this project has left much to be desired.  I do worry about what a stopped process says about the City, and I worry about a dragged out process leaving us with no options for a new Pier. This is no way to run a City and the process has left the public divided and distrustful of its leaders and city staff.
2. Do you support closing the Pier?
YES. The approach is structurally unsound. I do not support continuing subsidies to keep a poorly managed concept going on life support. It is not evident why there was such a rush to close it with a referendum right around the corner, but the entire City process has been difficult to justify.
3. Will you move to end the red light camera program?
YES.
4. Do you support the Rays talking to anyone in Pinellas County or Hillsborough County about a stadium site?
NO.  Major League Baseball has decades of history of undermining St. Pete and this is one of their typical tactics. I want the Rays to stay and we should support them, and we have to be smart about our protecting our contract agreement.
5. Do you support the neighborhood association concept and what will you do to specifically help rebuild this City asset?
YES. See my website issue page, please.
6. Do you support hiring a new Police Chief?
YES. It's time for someone new at the helm.
7. What specifically what will you do to begin to reduce crime and improve the quality of life in South St. Pete?
Since no other questions are asked about crime, except this particular question that specifically couples it with only one section of the city, I find the premise of this question somewhat troubling.  I will make reducing a crime throughout the entire city a priority without singling out any area or treating it differently.  I support community-based policing and the concept of a police professional that has a responsibility to public service. I received the endorsement of the Sun Coast PBA in this race.
As for issues related to the southside, I support creation of a Midtown TIF district, supporting a Youth Advisory Council and Task Force, bringing in another CHC (community health center) and the supporting Johnnie Ruth Clark Health Center.
I support historical preservation efforts of buildings in midtown.
City support for southside cultural amenities should be on par with support for other institutions. I support clear citywide goals that include objectives for midtown as part of a 'seamless mentality.'
Furthermore, in my  community work, I have always worked to promote easy access to and participation in voting, expanded early vote locations and hours, and voting right restoration.
For more information about my views, please see the issues page on my website.


Carolyn Fries
1. Should the LENS come to a referendum, will you support voting to stop the project?
Yes. I will vote in favor of cancelling the contract with Michael Maltzan, confident that we can together come up with a comprehensive waterfront plan that is affordable for St. Petersburg’s people. I believe a city must be progressive to be successful, but should also listen to the will of the people and take into account the current economic conditions when making decisions. St. Petersburg has had and ideally should have a pier, but can its people afford to pay for it in today’s economy? What other city services will suffer as a result of the Tax Increment Financing (TIF) Funds being dedicated to this project? While Tax Increment Financing (the means by which any improvement to the pier would be paid for) may not directly raise taxes, there is a definite impact on future tax revenues. To the public: before making your own decision and casting your vote, please take some time to research how Tax Increment Financing works. Also visit http://www.thenewstpetepier.com, http://www.wowstpete.com and http://www.stopthelens.com for information from both sides regarding The Lens design. And, as always, feel free to contact me if you’d like to talk more about it.


2. Do you support closing the Pier?
Yes. While one could argue the pier could safely remain open for a few more years beyond the May 31, 2013 date, a decision to close it has been made and retailers and restaurants have taken action to move their businesses. If elected, I would not take any action to reopen the Pier or halt its demolition. The inverted pyramid approach and head have been determined to be near the end of their useful life. It is impossible to predict exactly when the structure will become a danger to users. Closing the pier is the best and only option to avoid risk to human life.
3. Will you move to end the red light camera program?
Yes. Given the opportunity, I would vote to eliminate red light cameras in St. Petersburg. Citations are assigned to the car, not the driver. Inconsistent modes and timing of traffic signals throughout the city make it such that a driver’s (same) behavior may be acceptable at one intersection and result in a citation at another. The process to appeal a citation is broken. However, the easy answer is for people to make sure they stop short of the line before the light turns red. Then the problem will resolve itself.


4. Do you support the Rays talking to anyone in Pinellas County or Hillsborough County about a stadium site?
No, the Rays should remain at Tropicana Field until the end of their lease. Aside from the potential for a new stadium at another site, which would serve primarily to increase the team’s value for its owners, I do not see any benefit to the Rays moving elsewhere in Tampa Bay. Tampa Bay families are struggling in today’s economy and should not be forced to pay for a new stadium, especially when the current lease agreement at Tropicana Field does not expire until 2027. All that said, the Rays are one of many amenities that, when combined, make St. Petersburg Florida’s best city and I want them to remain here and be successful. Their idea to build a future fan base by focusing on children today is brilliant (look at what Apple did by donating computers to schools). I look forward to the opportunity for collaboration with community leaders and the Rays toward identifying creative solutions that best achieve common goals of the people of St. Petersburg and their team.
5. Do you support the neighborhood association concept and what will you do to specifically help rebuild this City asset?
Yes, I support the neighborhood association concept. I was Treasurer of the Crescent Lake Neighborhood Association in 2006 and it’s President in 2007 & 2008. We had an active board that worked well together and membership rose by more than three times-from around 30 to over 100-during my involvement. We held porch & block parties, Easter egg hunts, 4th of July in the park, annual fall harvest festivals and luminary walks. We also implemented traffic calming on 5th & 7th Streets and spearheaded the restoration of Crescent Lake leading to a group called The Friends of Crescent Lake who still maintain the lake plantings today. I completed the CONA leadership program in 2008 and am part of the Leadership St. Pete Class of 2013. As a city council member, I will use that experience to support District 4 neighborhoods by listening to and seeking residents’ input, helping them resolve neighborhood issues, assisting dormant associations get started again and regularly sharing news from the city council.
6. Do you support hiring a new Police Chief?
Personally, I have been satisfied with the performance of Chuck Harmon and would be fine with him serving until retirement. However, if a Mayor were elected that wanted to replace him at an earlier date, I would not oppose the Mayor’s decision.
7. What specifically what will you do to begin to reduce crime and improve the quality of life in South St. Pete?
I would focus on the children of South St. Petersburg because they are the future. Children are amazingly resilient and can accomplish great things when given the opportunity. I served as Treasurer/President of the John Hopkins Middle School PTSA in 2009-10 and it’s President in 2010-11. During 2010-11 we had 150 JHOP students participate in the fall fundraiser, selling over $17,000 of cookie dough, a 2x+ increase from the previous year. The profits were used for teacher supplies, the theater program, drum corps uniforms, student awards, and the 8th grade dance, among other things. While I still need to approach and obtain support from all the parties involved, I hope to work with the school administrators, teachers, PTA/SAC groups, the city and the business community to actively engage children (and their parents) in projects to improve their schools and/or neighborhoods. The process of project identification and selection, fundraising and execution would serve as a valuable learning experience, provide a sense of accomplishment and instill pride in their community.