Things You Need to Know About Driving Around With Electric Vehicles 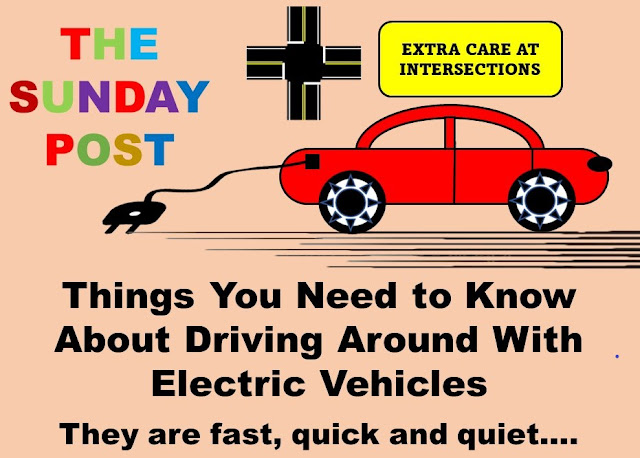 This is the second of a 4-part series of Posts regarding the growing presence of electric vehicles on our streets and roadways. You can check out Part 1 here: The Electric Vehicle an All-New Experience for The Driver, Biker, Bicyclist and Pedestrian

For years, the automobile industry labored under the delusion that electric vehicles had to look like something out of the future. It began with a DeLorean and the movie Back to The Future.

For some unknown reason, automobile manufacturers worldwide thought there must be a distinct styling difference between the traditional automobile and truck if they were electric.

It's taken the industry several decades to figure out that most of the automotive buying public would prefer that their electric car has the same styling characteristics as conventional automobiles.

That's all changing, and it's being driven primarily, at this point, by the Ford Motor Company. You might have caught their commercials hinting that the radical styling of electric vehicles is not going to be their approach and their electric vehicles are going to follow the design lines of their current standard fossil fuel powered vehicle offerings.

In addition, virtually every automaker of any significance in the domestic and commercial markets is now preparing to offer a growing array of traditionally styled electric vehicles premiering over the next two to four years.

Here's what this means to you as a daily driver.

As you look across the intersection at a stoplight, if the vehicle at the front of the line was an electric car, it was easy to identify by the styling. Today, that is becoming less and less the case.

You can't rely on your visual perception that the vehicle waiting to charge across the intersection is either gasoline, diesel or electrically powered.

So, what's the point you ask?

The point is this. Electric-powered vehicles perform significantly different than their fossil-fueled counterparts. First of all, as we noted in our previous Post, they are certainly much quieter, and secondly they accelerate at a much more rapid rate.

What that simply means is if you're preparing to jump into the intersection, and the electric car across the street is preparing to turn in front of you, you no longer have as much time to make the decision about whether to go forward or to remain where you're at because the electric-powered  vehicle is going to be in the middle of the intersection much more quickly than you are used to.

Another driving factor, on the highway traditionally vehicles used to come up behind you and move to the outside passing somewhat slowly as they accelerate and move into the next lane, electric vehicles will perform this passing maneuver very differently. They will often come up fast and quietly move to the outside rapidly and pass at an even higher rate of speed than you would normally anticipate.

These performance differences of faster acceleration and less noise are going to force us all to rethink our driving habits.

More caution will be required at stop lights, 4-way stops and intersections as vehicles may accelerate from the red light, stop sign or 4-way stop much more quickly than you might anticipate.

As more people drive electric vehicles, they will become very familiar with the new performance characteristics that have been put in their hands, and they are sure to use them whenever the opportunity presents.

The growing number of electric vehicles that will be joining the daily commute is going to increase at an extremely rapid rate. Even the least expensive of these electrically powered cars and trucks will have performance characteristics in terms of power and acceleration that far exceed their traditional fossil-fuel counterparts.

What this means is we are all going to need to adjust our driving habits and our process of driving observation to accommodate the performance characteristics that will allow these vehicles to start more quickly, accelerating more rapidly, running through yellow lights at a higher rate of speed.

It's time to start thinking about all these issues now.

At the accident scene, these excuses are probably not going to play out very well.

I didn't hear it coming.
I didn't think it was coming that fast.
It came across that intersection before I could get stopped.
It’s the electric car’s fault.