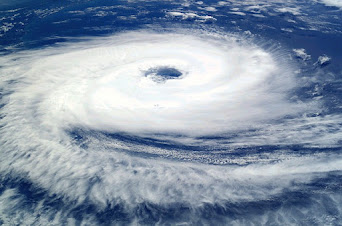 TALLAHASSEE, Fla. -- Due to the recent tropical weather systems threatening the region, the Florida Department of Environmental Protection (DEP) is seeking an emergency court hearing to transfer control of the troubled former phosphate processing plant at Piney Point from its owners to avoid another environmental disaster.

In court filings, lawyers for DEP said owner HRK Holdings "has demonstrated its inability to continue to maintain, repair or close the stack system."

Glenn Compton, director of the environmental group ManaSota-88, said the state's urgency is decades overdue, but he is glad to see something is being done to protect Tampa Bay.

"We're just one more storm away from another catastrophic event at Piney Point," Compton asserted. "And also we need to realize that we're not just talking about one holding pond that has leaked, but we have two other holding ponds that are at critical stage."

In April, the ongoing issues with the fertilizer processing plant garnered national attention when a leak in a holding pond, called a phosphogypsum stack, forced operators to release 215 million gallons of nutrient-loaded wastewater into the bay.

The DEP stated it remains committed to overseeing HRK's management of Piney Point and the eventual closure of the site, through the emergency hearing.

Compton added he hopes the state will do more to protect the environment beyond the issues at Piney Point.

"The state of Florida will hopefully realize there's a true cost to the environment and to the public health and the taxpayers when it comes to permitting phosphate mining and not linking the phosphogypsum waste disposal to the mining that's approved at the beginning of the process," Compton contended.

Many groups already have linked recent red-tide outbreaks in the region, which killed more than 1,700 tons of marine animals, to the Piney Point discharges. Groups have been able to pinpoint the trail of dead fish through the Florida Fish and Wildlife's red tide map.

If a judge agrees with the state and appoints a receiver, the Department of Environmental Protection said it will pay for costs with funds from the Legislature.

What Is The Lesson Learned From The Piney Point Near Disaster?