Maybe you are as confused as I am regarding how long the Manatee County sheriff's investigation into the County Commission Chairperson Vanessa Baugh vaccine debacle is taking?

From the date, you read this; it will be almost two months since the original complaint was filed. It would certainly seem that even the Manatee County Sheriff's Department can successfully investigate a complaint where the subject in the complaint has openly confessed to the matters in the case.

There is also a Florida Ethics Commission complaint which is in progress. These complaints typically take some time to resolve and so far, there has been no comment or action from the Florida ethics Commission.

While all of this has been going on, the Manatee County Commission has been wrestling with removing Commissioner Baugh from the chairman's role. Twice this  Commission has moved a motion to remove dismiss Baugh and twice the vote has been four to three against the removal.

So, what is really going on at the Manatee County Commission?

I think the solution can be pretty much summed up in three letters SMR.

The Sheriff is an elected official, and he certainly doesn't want to get on the wrong side of SMR because their support both financially and politically are absolutely key to getting reelected.

The four County commissioners voting against removal of Commissioner Baugh from the chairperson's position are equally in need of the support of SMR if they are to continue in their offices.

Given the very likely reality that any action against commissioner Baugh will raise not only the ire of the folks out at Lakewood Ranch but quite possibly and most likely the ire of Governor Ron DeSanctis. And nobody with any political aspirations wants to deal with those issues. 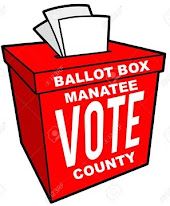 Manatee County is stuck with a bought and paid for County Commission that will consistently place the wants and desires of the big developers ahead of the needs of the citizens of Manatee County.

The real solution to this problem lies at the ballot box, and then, only if the voters will openly recognize that the highly developer supported candidates are probably not the best ones to represent the long term interest of everyone in Manatee County.