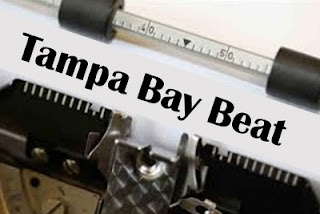 In four days the Florida Democratic Party will choose a new state chairman.

The winner from a six-candidate field will have the Sisyphean task of overhauling a two-decades-old failed enterprise which culminated in twin 2018-2020 election disasters.

The choice could not be more stark.

Townsend is a dedicated Democrat, roll-up-the-sleeves worker bee, and a strong advocate of inclusiveness who has successfully led the party to a string of victories in Hillsborough while Democrats were getting buried around the state, especially in Miami-Dade.

Diaz once denounced the Democratic party, represents out-of-state money interests, and has no track record of helping anyone but himself.  He fumbles with articulating “LGBTQ,” inexplicably unable to select the correct five letters let alone putting them in the correct order.  It reflects his lack of interest in managing the Democratic party’s big tent.

If Diaz prevails Saturday, the most influential individual in Florida Democratic politics will be Michael Bloomberg—not a Floridian and, like Diaz, only a registered Democrat by convenience, not conviction.

Townsend has spent the past few weeks helping Georgians Raphael Warnock and Jon Ossoff try to unseat a pair of  Republican U. S. senators and swing that chamber to Democratic control.   She has used social media to articulate her vision for Florida Dems in the next election cycle.

Diaz was busy making endorsement deal for himself (from nonvoting Democratic officeholders), cajoling targets with the promise of financial help in their future campaigns.  He promoted his weak sauce candidacy on pay-for-play websites.

Under Townsend’s leadership, Hillsborough Democrats have won supermajorities on the county commission and school board as well as six of the seven constitutional offices.  Diversity is a hallmark of her tenure.

Maria Torres-Lopez, founder of Diáspora y Resistencia and precinct committeewoman, asserted that Townsend “is committed to working with the Puerto Rican community like no other previous Chair has done.”

Thomas Kennedy, a co-founder and former chair of the Miami-Dade Democratic Progressive Caucus, said “I believe that Hillsborough Party Chair Ione Townsend is the right person for the job.  Just like she has led the Hillsborough county Democratic Party to success, we can count on her to do the same statewide and to lead on important reforms necessary to accomplish this, from building organizing infrastructure, holding the consultant cartel accountable, and democratizing our governance structure and rules.”

Improving rural outreach is another key Townsend objective.  Tracey Tapp, Democratic chair in Okaloosa County, asserted that Townsend “understands what it takes to build a party infrastructure from the grass roots up because she’s done it.”

Diaz on the other hand, with “Geppetto” Blumberg pulling the strings, can only point to the potential for fund raising prowess as cover for a sketchy, if nonexistent record, of helping the Democratic party.

“If a Manny Diaz type is elected state chair, Democrats at all levels–local, state and federal–will suffer defeats. Electing a disloyal and “on again off again” Democrat like Manny will prove to be a disaster.”

Fox warned Florida Democrats not to elect Diaz who:

—advised his clients to break US immigrations laws.

—contributed to Al Gore’s presidential loss in 2000 by denouncing the Democratic party five months before the election.

Any one of the factors disqualifies Diaz from leading Florida Democrats, Fox maintains.

This isn’t just a perfunctory gavel handoff.  The viability of the Florida Democratic party is at stake.

The future should be led by a longtime successful loyalist who stresses diversity, not a self-centered Democrat (when it’s suitable) whom Republicans would cheer.