What Joe Biden’s Vice Presidential Pick May Tell Us 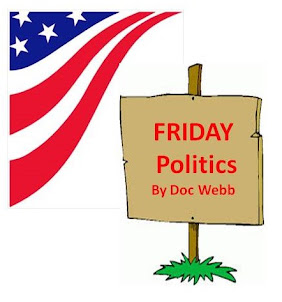 Joe Biden’s pick of Kamala Harris as his running mate was a widely anticipated and expected move. Harris is 55 years old, from California, has political experience and was a prosecutor along with several years’ experience in the US Senate.

We all became familiar with Senator Harris during the Presidential debates when she exhibited her sharp line of prosecutorial questioning particularly as it related to Joe Biden.

For some additional analysis check out this CNN Politics article from the Point by Chris Cillizza: Here's why Joe Biden chose Kamala Harris as his VP.

Harris was the easy pick for Biden, and I think that may be more revealing than some of the commentators, and pundits have picked up on.

The problem is that may just reveal exactly how Joe Biden will govern if he is elected President of the United States.

The lingering question with Biden has always been who will really be president if he is elected? Who will be calling the shots? Will it be Biden himself, a group of trusted advisors, the Democratic Party: right, middle or left?

Will Biden go the safe route? Will he always make the expected decision? Will he always choose the safe pick? Will he be willing to take a risk? When the chips are down will he compromise, or will he lead?

So far, Democratic Party reaction has been a bit muted.

The far right of the Democratic Party has yet to make a serious comment and more importantly the far left has been surprisingly silent also. If the party and its various factions stay in line, and Biden doesn't have to referee an argument about how far right, how far left, how anti police, how pro black, Harris is, then he may get this pick into the actual presidential election with little intra party controversy.

But at some point, Joe is going to have to start defending Harris, who she is and what she stands for. He can only hope that it is Trump that tries to take Harris apart and not the extreme factions of his own Party.

More importantly, the question of decision making will remain on the table. You can't run the United States of America by making the safe pick, or the complete compromise it just doesn't work that way.

A lot will come from the Democratic Party platform. Right now, we are not really sure how the platform preparation process is going to go; how public it's going to be, and how much of it will actually be revealed.

I think it is reasonable to be concerned about how Biden may govern.

I don't have any qualms about Joe Biden’s qualifications to be the President of the United States, but I do have some growing concerns about his ability to execute the office in today's modern geopolitical environment.

There is an interesting line in that Chris Cillizza article from CNN Politics, it's near the end of the article. “What Biden did is make the pick that maximized his chances of continuing to make the race a straight referendum on Trump while also selecting someone, in Harris, whose resume suggests will be ready to step in if and when Biden decides to step aside.”

What if that is what this is really all about?

Joe Biden is the name who can get elected President, but what if the real plan is for the Democratic Party to win the Presidency and then in six months or a year Biden steps aside for health reasons or whatever and Kamala Harris becomes the next president of the United States?

Do you really think Joe Biden Is capable of running The United States government for four years?