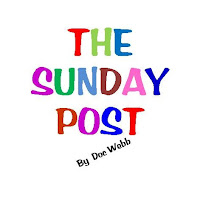 Tampa Bay, Fl
Opinion by: E. Eugene Webb PhD
Author:  In Search of Robin, So You Want to Blog.

It seemed so very perfect. The first-term governor, Navy SEAL, handsome, young, replete with beautiful wife and lovely family, political experience as a member of the US House of Representatives and a charming personality to go with all of that.
DeSantis took the helm in the Florida capital and immediately began to show both his intelligence and his political insight. He moved firmly and quickly on a number of key issues, quickly set his own agenda and seemingly easily developed his relationship with both the Florida House and the Florida Senate.
The new governor wasn't particularly shy about his opinions or positions, and he was much more available to the media and the public than his predecessor Rick Scott, who seemed to like to govern alone.
DeSantis was noticeably quiet about his political future, instead deferring to President Trump and basking in the president's confidence and interest in him.
All was going well. The State establishment Republicans, at least, seem to be pleased with the way DeSantis was handling the duties of Florida and on the national scene, the media was enjoying a fresh new look at Florida with a governor who was willing to cooperate and meet with them.
All the stars were seeming to align and while it probably really didn't make any difference to DeSantis who wins the election In November, his course to the presidency and the election in 2024 was easy to chart.
If Trump wins, follow the party line, don't get sideways with Trump, and keep the Florida economy booming.
If Biden wins, stay out of the fray that will develop around Trump as he exits the presidency, begin to establish a political power base with a national Republican Party Committee. Work hard to shed the Trump luster and begin to establish a political base.
Then the unthinkable happened. In just a few short weeks the country and Florida found themselves in the clutches of a pandemic and an economic meltdown.
In the initial days and weeks, the DeSantis gravitas played out well, but as he was faced with common sense solutions and President Trump's directives, which rarely coincided, he began to falter in his decision making.
DeSantis adopted the course of pushing the decision-making down the political ladder to counties, cities and now school boards none of which In Florida or anywhere else in the nation were prepared to deal with a problem of the magnitude they were handed.
When these second and third-tier governmental entities became confused, dysfunctional, and began to push back, the governor began to duck and weave.
Using the old political saw that these decisions are local decisions, and the local people should make them based on their local conditions.
Much like Trump, DeSantis offered little help little guidance and few assurances.
I think it's pretty obvious to the general public watching all of this on the Evening News and reading about it in the few newspapers that are still left in Florida that the governor was copping out on some of the most critical decisions this state will ever face.
The governor opened the state too soon and did not provide significant or sufficient direction. As the openings occurred, the 2nd wave of the Corona virus infections began to climb, the governor simply doubled down on the Trump line.
Drive the economy, open the schools so more people can go back to work, not necessarily so that the kids can get a good education. See my post, Schools Open for Business Not Necessarily Education and now he finds himself playing defense and not offense.
The governor's actions are directly and indirectly responsible for the largest viral outbreak the state of Florida has ever seen, for a significant number of hospitalizations, and an unconscionable number of deaths in this state.
It's all there. It's all on the record the video clips and sound bites of the DeSantis’ approach are all out there, and it's going to be really tough to deal with all of that in a presidential race even though it's four years away.
It might be a little early to declare Ron DeSantis’ political career over and done, but it does remind me of the old saying. He only stops shooting himself in the foot long enough to reload.
E-mail Doc at mail to: dr.gwebb@yahoo.com or send me a Facebook (E. Eugene Webb) Friend request. Like or share on Facebook and follow me on TWITTER  @DOC ON THE BAY.
See Doc's Photo Gallery at Bay Post Photos.
Disclosures:
Please comment below.