The Corona Virus Seems To Be More Intelligent Than Most Humans 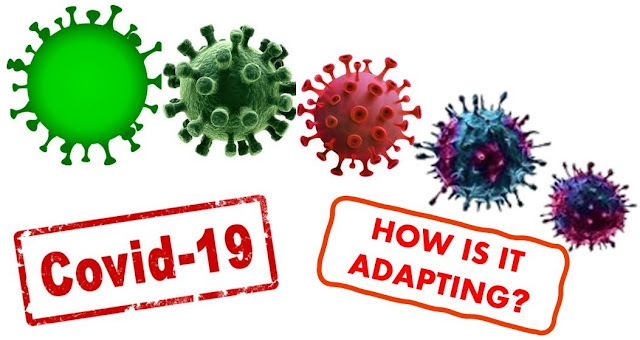 Tampa Bay, Fl
Opinion by: E. Eugene Webb PhD
Author: In Search of Robin, So You Want to Blog.
As the coronavirus tears through the population at an almost unbelievable rate, it would seem the virus itself is more intelligent than most humans.
While it may seem a bit odd to assign intelligence to a virus, you often hear the term morphing used to describe a virus as it changes overtime. So, there has to be some level of intelligence or interpretive analysis present in the virus itself to allow it to identify the necessity to change and then provide the ability to accomplish that change.
It is also interesting to note as news reports are pointing out that the virus is moving down in the population as it relates to age. While the seriousness of the infections seems to be less that may be more related to the overall health of the younger population.
Over the last few days, the state of Florida has seen infection rates exceeding 5000 per day. The positivity rate has been going up; the hospital rate of occupancy has been increasing, but the number of deaths has been relatively stable.
So here are some questions that are worthy of looking at:
1. What is the virus really up to?
2. In younger people with less serious symptoms does the virus leave anything behind?
3. What are the long-term effects of the virus on the younger generation?
4. As the coronavirus adapts, and changes will the death rate among the younger population increase?
There is work going on in these areas as some basic research has scientists looking at the data that is pouring in from all over the country, as a significant number of states see large rises in the number of cases.
A virus that thinks about how it infects and kills sounds like something out of a science fiction movie, but if you take a step back and look at how the Corona virus has developed the science fiction movie model is not a bad concept.
It would seem to me that those of you, who think you're smarter than this virus or feel you are capable of surviving its effects may be making a big error. This thing seems to be a lot more adept at changing than we are capable of taking the simple steps to prevent its spread.
So, while you're out there refusing to wear a mask, crying about the intrusion on your personal freedom, ignoring the health and safety of your friends, loved ones and others you come in contact with think about this.
Right now, we have no idea about the long-term effect of this virus on the younger population. In 10, 20, 30 or 40 years from now it might really be nice when you're lying there gasping for breath in a hospital bed, and the doctor asks you did you ever have the Corona virus you can answer no.
E-mail Doc at mail to: dr.gwebb@yahoo.com or send me a Facebook (E. Eugene Webb) Friend request. Like or share on Facebook and follow me on TWITTER  @DOC ON THE BAY.
See Doc's Photo Gallery at Bay Post Photos.
Disclosures:
Please comment below.