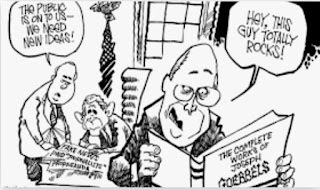 By Jim Bleyer
Twitter? Check. Facebook? Check. Special website? Check. Electronic media? Check. Graphics and imagery? Check. Any and all means of messaging to promote Tampa-centric transit plans including light rail? Check.
The federally-funded Hillsborough County Metropolitan Planning Organization hatched such a comprehensive propaganda plan in anticipation of the Florida Supreme Court striking down the county’s 2018 transit referendum.  The carpet-bombing, under the guise of a “media plan,” would be implemented by the Independent Oversight Committee that was created with the referendum’s passage.
The MPO’s blatant arrogance is surreal if not Orwellian.  It insults and demeans Hillsborough voters primarily because the federally-funded organization abetted a $4 million misinformation campaign in successfully selling the 2018 referendum.  Those were funds raised privately from City of Tampa fat cats who stood to benefit from a light rail system.
Those plutocrats concocted an umbrella group—All For Transportation—to handle the misleading media effort that made Hillsborough the highest sales tax county in the State of Florida.
The MPO-IOC blitz, however, will use county and federal funds and in-kind personnel hours, quite possibly illegal.  In its zeal to peddle Greenlight Pinellas,  a 2014 multi-billion sales tax referendum to finance light rail, the Pinellas Suncoast Transit Authority was forced to repay $354,000 to the federal government for misappropriating advertising funds.
The Hillsborough MPO could find itself in the same predicament. The organization’s head honcho apparently believes it is inoculated against such an indictment.
MPO Director Beth Alden affirmed surtax dollars could be used to fund a propaganda campaign once the funds were released, according to the minutes of the IOC’s Jan. 27, 2020 meeting. 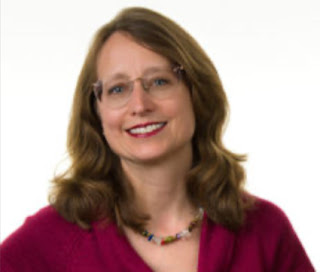 Beth Alden
IOC minutes outline the rationale for a media blitz:
—All for Transportation may be overturned by the Florida Supreme Court;
—-Lack of general awareness; the IOC, its meetings, and committee members are not well known to the public;
—-IOC online presence, via the website or social media, negative perception of bureaucracy in general.
Then there is this chilling strategy:
“Key messages aren’t meant to be memorized and repeated word-for-word but should be used as guidelines to be included naturally into written and spoken communications. They shape what you want the public to think and do.“
The fact that we have people in public service, using taxpayer dollars to formulate messaging on a subject so they can shape what the citizenry thinks and does is cynical to say the least.
Hillsborough County Commissioner Stacy White filed a lawsuit in December, 2018 against numerous defendants related to the $15 billion transit tax hike amendment challenging the language used. The Florida House, Florida Senate, and Associated Industries of Florida—the state’s most influential business lobby—filed briefs opposing the tax and requested the Florida Supreme Court to strike the entire All for Transportation charter amendment including the tax.
The inexplicit, wink-wink centerpiece of both the Greenlight Pinellas and All for Transportation transit initiatives was a light rail system that would have paid off handsomely for bond attorneys, wealthy land barons like Jeff Vinik and Darryl Shaw, realtors, engineering firms, and other entrenched business interests.
At the same time, the multi-billion dollar train would have displaced minority communities in east Tampa and destroyed the character of iconic neighborhoods such as Ybor City.
All For Transportation, in anticipation of the Florida Supreme Court handing it a defeat, secretly drafted a new amendment for the November, 2020 ballot. That plan was foiled in April when the Hillsborough County Commission by  a 4-3 vote opposed laying the groundwork for another referendum this fall. The earliest another sales tax hike referendum can be on the Hillsborough County ballot is the general election in 2022.
Cross Posted with permission from: Tampa Bay Beat