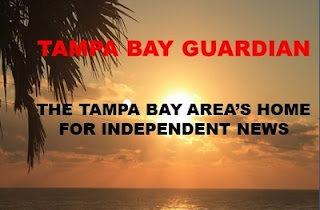 At PSTA’s Legislative Committee meeting on February 5th, PSTA’s federal lobbyist Harry Glenn spoke of a list that the FTA  has.  “It’s actually a list of projects…that kind of gives the Congress an expectation of what projects they [the FTA] expects to get funded in the next year,” Glenn said.

The FTA is the Federal Transit Administration. Glenn was responding to a question from Pinellas County comissioner Charlie Justice (full exchange here) about how so-called “Small Starts” projects like the Central Avenue BRT (CABRT) project are administered by the FTA.

Yet the CABRT project has now been on that “funded in the next year” list Glenn spoke of for three years without receiving a so-called construction grant agreement (CGA). Obtaining a CGA is the first and necessary step before being recommended for funding by the FTA.
And with yesterday afternoon’s release of the FTA’s “Annual Report on Funding Recommendations” for fiscal year 2021, it appears that this “funded in the next year” period Glenn spoke of will be at least four (4) years for the CABRT.

“Remember, this is the president’s request for funding, and Congress has appropriated more than that amount in the last couple of years,” Glenn told The Guardian. “PSTA is doing exactly what they should be doing.”

The Guardian previously reported on PSTA’s failure to secure a CGA last year as well, and the PSTA board’s unwillingness to acknowledge this fact at their meetings.

“This is not a competitively awarded program, where you will win and somebody else will lose,” Glenn said at that same February 5th meeting. ” You work through the process and as you check off the boxes, funding will become available to you.”

Glenn’s claim that the program is “not competitively awarded program” conflicts with PSTA CEO Brad Miller’s statement in that same meeting in which he called these projects “very, very competitive.”

The funds are awarded under the so-called 5309 program, which the FTA says is a discretionary program. That means there is no guarantee that a particular program will be funded, or that a program that receives a CGA will be funded.

“It’s definitely a setback for PSTA that they still haven’t received a CGA,” former HART (Hillsborough Area Regional Transit) board member Karen Jaroch said.
Jaroch said that the CABRT project is one of many projects totaling approximately $1.6 billion competing for a pot of money less than half that size. Jaroch continued – “The FTA awards project funding only when PSTA can assure them that the project scope and costs are firm and reliable, that all local funding commitments are in place, and that all localities in the corridor are on-board.”

“Significant issues have been raised by PSTA’s grant submission, such as falsely claiming that St Pete Beach was a funding partner in the original application, the formal objection to the project by two of the three cities impacted by the project’s auto lane elimination and changing route endpoints. These facts don’t inspire sufficient confidence in the project, “Jaroch added. “Overcoming these facts will be difficult when compounded by PSTA’s past track record of abusing a federal grant meant for transit security and St. Pete Mayor Rick Kriseman’s unwelcoming comments about President Trump.”

Jaroch was referring to Kriseman’s 2015 tweet (seen left)  in which he barred Donald Trump from entering the City of St. Petersburg. Most of the proposed CABRT will run within that city’s limits. 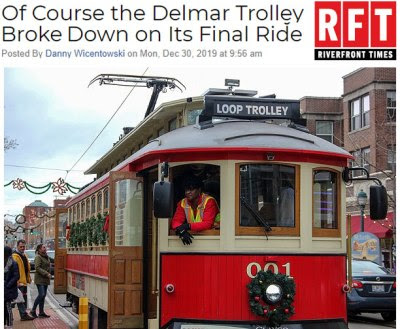 The FTA funded a St. Louis streetcar project that closed down in December after just one year of operation. The shutdown leaves local taxpayers on the hook to repay the FTA some 24 million dollars for construction costs. Adding insult the injury, the streetcar broke down on its final run, leaving riders to fend for themselves.

With such spectacular and recent PR disasters, the FTA is likely to look even closer at what projects it funds. The FTA is sure to want to avoid another “St. Louis Situation” at all costs.

Absent a new funding source, i.e. more tax dollars, PSTA is headed for insolvency. Add the strong opposition from affected residents and municipalities and the CABRT project has a steep hill to climb.

“My understanding is that this is just a snapshot of where they are now,” Harry Glenn said, referring to the just published annual funding recommendations from the FTA. “There are additional funds available that can be allocated. When that will happen, I don’t know.”

Will the CABRT project ever be built? Or is it a project that is always a bridesmaid, but never a bride, at the wedding and spreading of federal funding?