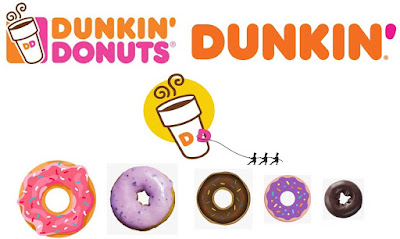 Tampa Bay, Fl
Opinion by: E. Eugene Webb PhD
Author: In Search of Robin, So You Want to Blog.
Dunkin’ Donuts used to be one of my favorite places to catch breakfast in the morning or stop later in the afternoon for an ice coffee and a nice fresh donut.

On Saturday morning, my wife and I used to ride our bikes down to our local Dunkin Donut shop not too far from our house in Pinellas Park and enjoy a donut or a croissant and a cup of coffee.

I have made my last stop at Dunkin. It just seems to me that the donuts have gotten smaller; the selection has gotten worse; the filled donuts are not quite as full, and in general the quality at Bay area Dunkin Donut shops has significantly decreased.

I have noticed that Duncan is putting more emphasis on their breakfast sandwiches and their lunch menu in an attempt to build additional business. One can only question whether or not abandoning your core competency, which was donuts, is really the wisest long-range strategy.

I always enjoyed my stops at Dunkin. It was a pleasure to get a nice fresh donut, especially in the afternoon and that’s what is seriously lacking. It seems they bake donuts once a day early in the morning and when they’re gone, they’re gone. If you have a chance to stop in Dunkin Donuts after 5 PM looking for a fresh donut, in most cases at least around here in the bay area you probably going to be wildly disappointed.

I’m not sure where you go to get a good donut these days. St. Pete bagel seems to have great donuts, but they close at 2 o’clock so if you’re looking for a 4 o’clock donut fix your kind of out of luck.

We recently moved down to Manatee County and once again there was a Dunkin Donut shop not too far from our new home. Sure, enough a recent stop revealed no donuts left in the afternoon.

I guess the theory is people just don’t want donuts in the afternoon.

I’m still looking for a local donut shop down here in Manatee County that is not a franchise, stays open until at least 5 o’clock and bakes some donuts after 12 noon. If you happen to know of any add a comment below.

It would seem that Duncan is searching for a new identity perhaps the donut businesses just beneath the current management team. I still raise the question of how wise the strategy is to totally abandon your core competency and start competing with the likes of McDonald’s and the other folks that have decades of experience in the sandwich and breakfast business.

Business history is replete with companies that abandon their core competency only to wake up in bankruptcy and wonder why.

Anyhow, for now I guess I’m just going to abandon my afternoon habit of coffee and donuts, and if I want one (a donut) I’m going to have to get up early in the morning probably about 6 o’clock speed up to the Dunkin Donut shop and grab a bag.

Unfortunately, this most-recent version of the Dunkin donut does not seem to hold up to storage too well. At Dunkin Donuts today you’re lucky if the one you get off the shelf is fresh.

When they were nice and big and plump and well filled, they were a true delight.

I’m going to miss my donuts I really am.