City is misleading Council and residents on the noise ordinance revision 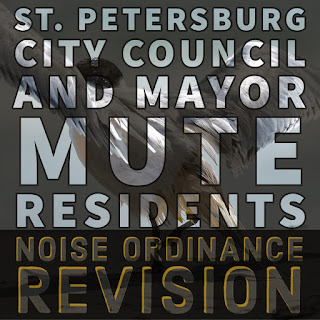 Plainly audible hasn’t worked in the past so why did Council choose Option 1?

Residents should be concerned the City is misleading and or misrepresenting the noise ordinance data to the Public Services Infrastructure (PSI) Committee and the Public. Council has been briefed that noise is a citywide issue. Yet, Council has failed to discuss residential noise concerns with the same weight as the downtown bars. Actually, the discussion has been near non-existent, other than a slight mention.

Council members on the PSI Committee have selected Option 1, which has no decibel standard, doesn't change the distance requirements, and relies on the noise ordinance’s “Plainly Audible” definition.

Based upon the data analysis for the TOP 50 locations from the City’s 2013-2017 Noise Heat Map, Council needs to reconsider implementing the decibel standard, because the "Plainly Audible" definition and distance requirement has not worked. In addition, Mayor Kriseman, Council and Police Chief Holloway need to ensure the new noise ordinance has metrics to manage warnings and repeat calls. To date, this has not been done.

If Option 1 goes forward, the revised noise ordinance will maintain the failed status quo and Council will have again wasted resident’s tax dollars. Thus, Council will be "kicking the can down the road."

Plainly audible hasn’t worked in the past so why did Council choose Option 1? If Police can’t hear it now, what good will Option 1 be when the Plainly audible standard, and distance requirement has not changed? The City needs the decibel standard. Or is Police Officer’s hearing going to suddenly improve?

Here are the two tables with key findings. These show and discuss the data that the City is not providing Council. Council is making an uninformed decision. 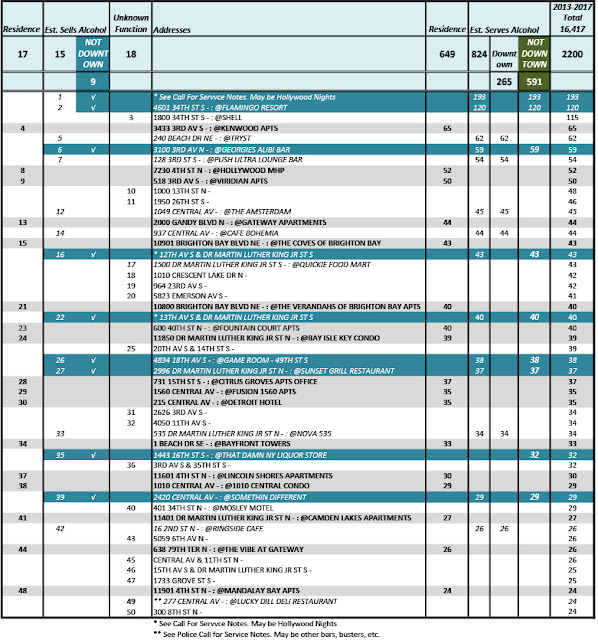 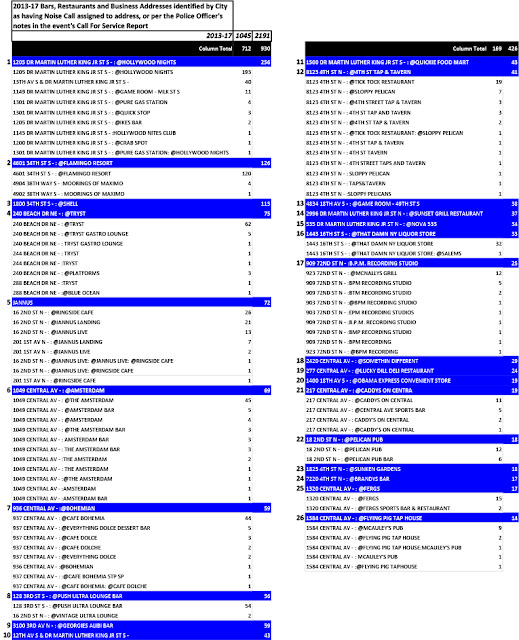 Table 2’s data is a query for noise at an address, which Major Kovacsev and Officer Kelly have done, when questioning the calls I made through the CAD Reporting system. However, their CAD query for noise calls does not consider the calls to the nearby addresses or account for officer inputting incorrect business name, addresses, or calls assigned to a residence instead of the business. Nor did their "paper" investigation account for the audio of the call.


The police have not been tracking the repeat calls, nor have they been enforcing the noise ordinance. If the Police were tracking the City noise issue and aware of the hot spots, then logic would be to target the locations with high repeat calls. By addressing this right away, Officers would have more time to focus on other issues, which Council Members have mentioned. In addition, Officers would also not have been so inclined to disparage people who call. But, the Police missed this.

The police officers internal look at the noise also missed listening to the call audio residents made to Police Dispatch. Then Acting Assistant Chief Major Kovacsev (now Assistant Police Chief) and then Community Service Officer Kelly also had the opportunity to ask for and listen to the Dispatch’s call audio. If they had done so, they would have heard the other male and female voices, and felt their pleas for help. I had to pay for the CDs when the Police, Mayor, or Council Member could have asked for them at no cost. But they didn’t. Thus, others and myself were labeled to be a “re-occurring complainant” and disparaged.

Actually Officer Kelly met with a female caller who heard loud bass but the noise stopped before Officer Kelly arrived. Residents in the Skyway Marina District experienced this “phenomena” all too often. The female stated this was her second call. Officer Kelly wrote an Incident Report for this call. There had been five calls to the Flamingo Resort that day complaining about the loud music.

Soon after this call occurred Officer Kelly published a statement in the Maximo Moorings Civic Association newsletter that he had examined all 33 calls and there were unfounded. He requested the caller to stop. Obviously, Officer Kelly did not read his own report or other Officer's reports. When is the last time you heard a police officer telling residents to stop calling the police?

Police Supervisors and Officers have the opportunity to read the Call For Service Reports and review the Officer's Notes. If they had done so, they would have seen the Police Officer asked the bar to turn down the music on numerous occasions. The Police CAD Report does not provide that level of detail. 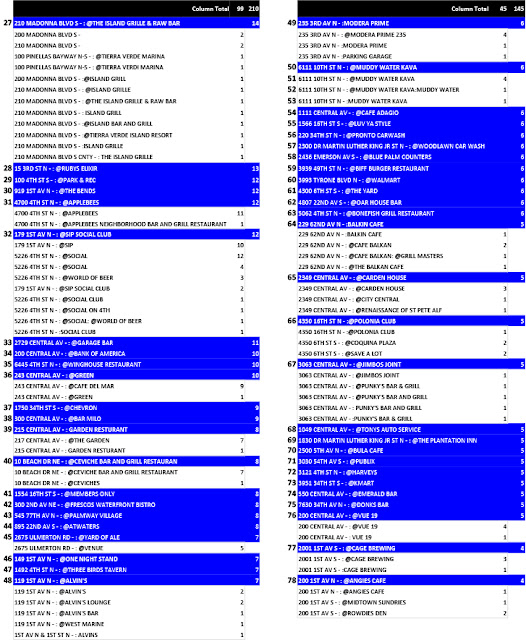 Had the Police been managing the noise ordinance, they would have discovered officers are not consistent with the addresses, and Police Dispatch rollup addresses into another call, which does not accurately reflect the number of calls.

While this data is over a 5-year period, the police could easily build this report with the date and time to see the enumerations and calls that were rolled-up. The report could add a link to the audio call, but a recording is only maintained for three months. When locations are identified as having “repeat” calls, the audio needs to be maintained, so supervisors can research the calls.

Once the report is built, the repeat calls can be identified and investigated. Police supervisors and officers can cross check the calls to residences, intersections, etc.

If the Police focused on the repeat callers, then the calls would drop and free up the officers for other calls.

Mayor Kriseman and Council must hold the Police accountable for enforcement and ensure noise training is provided. Currently, the Police Chief Holloway does not require noise training, which is contributes to the issue with the "Plainly audible" standard. 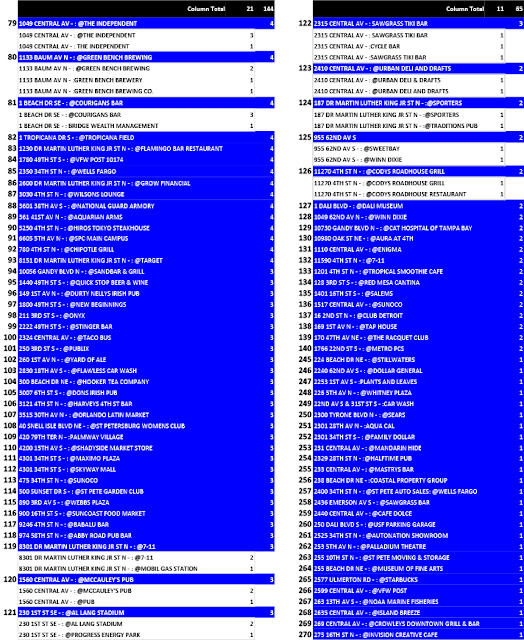 To date there have been no warnings according to a Public Records Request. Police do not document when they ask the bar to turn down the music. The Mayor, Police Chief Holloway and Council must ensure there is a process in place so officers can issue and document a warning, and see this in a report.

Note: This City data used only Noise Nuisance when Party and other incident codes were suggested to more accurately reflect calls for noise.