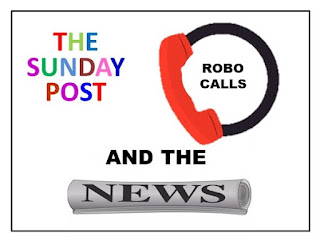 St. Petersburg, Fl
Opinion by: E. Eugene Webb PhD
Author: In Search of Robin, So You Want to Blog.
Andrew Gillum, Democratic candidate for Florida Governor, was the subject of targeted racist robocalls last week.
The robocalls were tied to a neo-Natzi group. You can get more detail from The Tallahassee Democrat writer Jeff Burlew Racist robocalls tied to neo-Nazi group target Andrew Gillum.
The calls were yet another example about how far off the edge, our society and the political process have gone.
What I did find most interesting was the way the news media both print and electronic picked up the story and immediately propagated it all across the country. To me, it is another example of the media being led around by the nose by fringe groups with extremist views.
It only took a few well-placed robocalls for the creator of this trash to reach a huge market for absolutely no effort or cost.
Trump may not be accurate when he says the media are the enemy of the people, but in this case, it seems to me that harping for several days on this issue certainly doesn’t make the media our friends.
We got it early on this was blatant racism.
Yet when criticized the media complain bitterly.  See Bay Post Internet The Print Media Pity Party
To many reporters and television anchors enjoy the seamy side of things, and racism is one they like to exploit for own gains.
I think it is time for writers to think before they write, editors to start editing, managing editors to manage and publishers make sure what they air, and print meets their own journalistic standards if they have any left.
Maybe not our enemies, but not necessarily our friends.
E-mail Doc at mail to: dr.gwebb@yahoo.com or send me a Facebook (E. Eugene Webb) Friend request. Like or share on Facebook and follow me on TWITTER  @DOC ON THE BAY.
See Doc's Photo Gallery at Bay Post Photos.
Disclosures:
Contributor to: Rick Scott for Senate