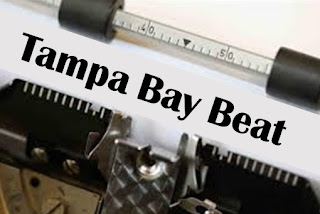 Buesing
By Jim Bleyer
By any measure, the Janet Cruz campaign for state senate’s so-called “unity” event last Thursday in South Tampa was a failure.  Worse, it was an embarrassment.
The stunt was necessitated by what Tampa’s progressive community considers reprehensible behavior by Cruz and the Florida Democratic Party.  It was a lame attempt for Cruz to mend fences.
After declaring her intention to file for a Hillsborough County Commission seat, Cruz inveigled her way into the state senate race to unseat incumbent Dana Young.  Using the state party as a club and wanting to avoid a bruising primary, she forced attorney and community conscious Bob Buesing out of the race.  Buesing, a darling of progressives, faced Young two years ago and lost 48-41 percent.
He had already raised an ample war chest and hit the campaign trail, salivating over a promising rematch.  Progressives were ignited.
Not any more.  Many rank-and-file Democrats vowed to pass the race on the ballot.  A handful, determined that treachery should not be rewarded, will vote for Young.

Buesing, incentivized by a possible appointment if a Democrat captures the governorship, has called for unity and says he supports Cruz.
It’s translating even worse than Bernie Sanders’ call for his supporters to vote for Hillary.
The number of attendees according to multiple sources reached 40, including all the ins and outs.  That anemic figure includes Buesing and some close friends, Cruz and her entourage, media, and Alex Sink, the self-styled kingmaker of the Democratic party whose heavy handedness caused the ruckus.
A notable absentee:  Karen Buesing, wife of the screwed-over ex-candidate.
There were virtually no progressive Democrats attending.  They are the segment of voters that Cruz, a term-limited state representative, absolutely needs in her corner to have any hope of unseating Young.
Chances of that are slim and none….and Slim just left town.
One local news entity reported that Cruz and Sink declared at the event that the Democrats are “now united.”  Laughable.  Tampa Bay Beat contacted several in attendance who would dispute that.
Another tell: the Cruz campaign posted one photo of the event on her Facebook page.  It was a picture of her and Buesing. No one else. No crowd shots because there were no crowds.
Neither Sink nor Cruz had the smarts to say they wished more progressives had attended.  Party hacks, it seems, always go for the Big Lie.
Sink’s power is a total disconnect from her (lack of) ability to get elected herself.  In her last two attempts at political office, Sink lost to two neophytes, Rick Scott and David Jolly, who had never before run for public office.  State CFO is virtually ancient history.
Democrats were heartened this year as the 2016 independent candidate, Joe Redner, said he would support Buesing.  With Young held to less than a majority two years ago and Democratic voters determined to vote this midterm, the party, especially progressives, met Buesing’s campaign with enthusiasm.
With a fractured party,  the opportunity to flip the senate seat has faded.   A further irony is that Cruz would have been favored to win the county commission seat.  As of today, it tilts Republican.
One longtime Hillsborough County political observer declared that the Cruz campaign represented a lust for power, not the furthering of progressive principles.  Another pointed out enthusiasm for Cruz is lacking, stating that her candidacy has been met with “collective indifference.”
What was deemed an extremely doable Democratic pickup is now a dubious longshot.