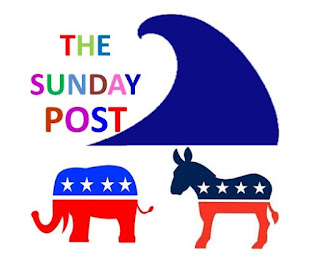 This is not the election to vote by color (Red or Blue), or mascot (Donkey or Elephant), or because you have an issue with the guy in the White House.

St. Petersburg, Fl
Opinion by: E. Eugene Webb PhD
Author: In Search of Robin, So You Want to Blog.
As we roll into mid-June, the State and local political races are really starting to heat up. Beginning with the Governor’s race and right down to your local County and municipal elections, there are plenty of candidates and plenty of money.
If you believe the old adage “follow the money” when it comes to who is trying to influence elections from the State house to City Council Chambers, I have a WEB site for you: Florida Politics.
Peter Schorsch and his staff of writers and sources at Extensive Media follow almost all the state-wide races gathering information on fundraising as well as political and issue positions. Key local races, especially in the Bay Area are included.
It is my go to site.
Most interesting to me in this election cycle is the concept of the Blue Wave where Democrats are trying to establish a state-wide game plan to take back at least one house of the legislature and the Governor’s Mansion.
The problem I see with all of this is that other than a Donkey as a mascot and a “D” beside their name it is difficult to get a group of Democrats to agree on anything. Kind of like herding cats.
When the Dems all start to talk alike and look alike common sense tells us someone is not playing straight. So, listening carefully and following the money are good ideas.
I am a Republican as you can see from the disclosures below, and on some levels, I can see how Republicans may be uncertain about the midterm elections and who to vote for.
Before you start buying into the so called “dissident” Republicans who hate Trump because he is rich, doesn’t follow their rules, is unimpressed by protocol and because the “we have always done it this way” is not his mantra, think before you grab board and hop on the Blue Wave.
One of Gwen Graham’s recent television ads tries to make a real negative out of the fact Florida’s Governor’s office has been in the hands of Republicans for over twenty years as has the legislature for a great deal of that time.
Whether you are a Republican or a Democrat look around at where Florida is. Sure, there are some significant challenges, especially in education, but where else would you really want to live?
It would be easy for Republicans to duck and run with all that emanates from the White House, especially if you watch too much CNN. These midterms are extremely important. We all need to do our research, listen carefully and vote for those candidates you believe can do the very best job.
This is not the election to vote by color (Red or Blue), or mascot (Donkey or Elephant), or because you have an issue with the guy in the White House.
These state and local offices and the politicians who are elected to them are most often the ones that affect your quality of life and pocketbook the most.
E-mail Doc at mail to: dr.gwebb@yahoo.com or send me a Facebook (E. Eugene Webb) Friend request. Like or share on Facebook and follow me on TWITTER  @DOC ON THE BAY.
See Doc's Photo Gallery at Bay Post Photos.
Disclosures:
Contributor to: Rick Scott for Senate