Lots of Noise but no Dunkin Donuts 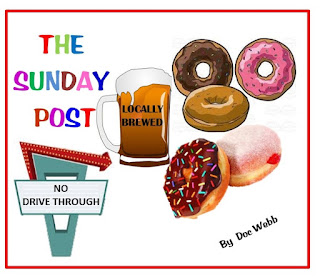 It would be nice if all of this keep St. Pete local stuff included keeping downtown St. Pete livable.

St. Petersburg, Fl
Opinion by: E. Eugene Webb PhD
Author: In Search of Robin, So You Want to Blog.
While the battle for a workable noise ordinance in St. Petersburg rages on it did not take Development Review Commission long, just 90 minutes, to squash a Dunkin Donuts drive through on a site at 913 First Avenue North.
To be clear they voted down the drive-through portion of the application and not the business. The Donut shop could be constructed without the drive through, but the drive through is a key for the franchise’s success so, the deal may be effectively dead.
You can get more detail in an article by Tampa Bay Times Sara DiNatale: ‘Don’t Fort Lauderdale St. Petersburg.’ Dunkin’ drive-through fails.
It seems the main concern is keeping franchise food operators out of the downtown area protecting the local food establishments. The effort to defeat the Dunkin Donut proposal was couched in the “keep the berg local” project founded by Olga Bof.
It seems somewhat ironic that Development Review Commission can opt, in about an hour and a half, to protect local businesses from some outside donut competition, while the City Council remains incapable after months of study and tons of data of protecting down town residents from a craft beer powered noise onslaught of loud bars and entertainment venues.
It would be nice if all of this keep St. Pete local stuff included keeping downtown St. Pete livable.

There may not be a big connection between donuts and noise, but it would be nice if City Council, the Development Review Commission and the Kriseman Administration could take the whole livability issue into consideration when they are making decisions.


As It was pointed out in the DiNatale article, the chain food operations have not fared particularly well in downtown St. Pete, and it probably would have been better to let economic reality play out rather than picking winners and losers.
What happens if a “local business” wants to put in a drive through at this or a similar location?
Maybe the Dunkin Donut franchisee should put in a big sound system and a keg cooler to offset the drive through and sell local craft beer. That would set up a potentially cataclysmic confrontation between those who would “keep the berg local” and those who would “keep the Burg lubricated.”
I wonder where the Development Review Commission would come down on that?
By the way, if you have never tried beer and donuts, give it a go. It was one of my favorite weekend breakfasts for years.
E-mail Doc at mail to: dr.gwebb@yahoo.com or send me a Facebook (E. Eugene Webb) Friend request. Like or share on Facebook and follow me on TWITTER  @DOC ON THE BAY.
See Doc's Photo Gallery at Bay Post Photos.
Please comment below.