Scope Creep- Kind of like sewage, Kriseman cant't seem to control either - February 2017 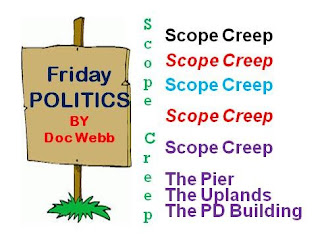