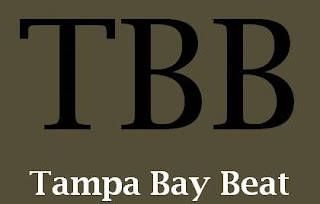 
Hillsborough County taxpayers, take a look around.  If you can’t find the sucker, it’s you.
Anyone favoring a new taxpayer-funded stadium for the Tampa Bay Rays is either in the cabal of grifters that will share in the $600M+ windfall or baseball aficianados that have bought into the sport’s bribery/blackmail playbook.
Major League Baseball’s script has been tried, true, and transparent: identify the markets for new stadiums, assert that those markets must address the stadium issue, and list cities that are candidates for league expansion. This is tantamount to a not-so-veiled threat from the MLB gods to cities that their teams are relocation candidates unless they fund a bright, shiny new stadium for billionaires who will toss in a pittance to defray the cost.
Tampa Bay and Oakland are currently in MLB Commissioner Rob Manfred’s crosshairs.
It’s a game plan designed to enrich team owners, local real estate interests, bond attorneys, and public officials who expedite the travesty.  In Tampa, that public official is Hillsborough County Commissioner Ken Hagan who negotiated with landowners and the Rays in secret, then last week presented his fellow commissioners with what amounted to a fait accompli as to the new Rays site in Ybor City.
In 16 years as Hillsborough County Commissioner, Hagan has done more than his share of wheeling and dealing on behalf of special interests.  He did not mention how the ballpark will be paid for, parking issues on a 14-acre site, or why attendance would be considerably higher in Ybor than it is at Tropicana Field in St. Petersburg.
It only took Rays owner Stu Sternberg a couple of days to bless the questionable site adding he would chip in $150 million to help pay for land acquisition and stadium construction.  Laughable.  Projected costs range from $600-$800 million excluding the required surrounding infrastructure.
The taxpayers (fans) are the ones kicked to the curb. Hagan, by promoting the proven MLB model that fleeces communities, is Sternberg’s accomplice in this scenario.
An examination of the facts reveals the fallacious reasoning behind the new stadium gimmick.  Miami struck out with the gorgeous stadium that was supposed to ignite Marlins attendance.  After six seasons, the Miami team only outdrew Tampa Bay, Oakland, and the Chicago White Sox.
A midweek afternoon game between the Marlins and Phillies this year drew 1,590 fans, according to the press covering the game.  That marks the lowest attendance for any MLB game since 1989.  Major league baseball teams are known for inflating their attendance figures but, incredibly, the team claimed there were 10 times as many fans in the stands.
Former Marlins owner Jeffrey Luria (he recently sold the team for $1.2 billion to a syndicate that includes Derek Jeter) and Sternberg share a similar modus operandi: they both refused to spend money to improve the team on the field.  Luria actually sued his own season ticket holders in 2016.  Sternberg hasn’t taken that step–yet.
The city of Miami was bilked for nearly $500 million up front to finance Marlins Park.  Residents are on the hook for another $2 billion earmarked for bond repayments over the next 30 years.  Furious voters elected Tomas Regalado, leading opponent of the financial plan, as mayor over stadium supporter Joe Sanchez. County Mayor Carlos Alvarez, who backed the ballpark boondoggle, was booted from office in a special recall election.
Luria, who purchased the Marlins for $158 million in 2002, walked away from the Marlins with a 760 percent profit.  The modern, empty stadium contributed to the extravagant sales price.  Meanwhile, Miami-Dade residents are saddled with those billions in bond repayments.
Now take Wrigley Field and Fenway Park. As iconic as they are,  those stadiums are archaic with obstructed sight lines, makeshift parking, and cramped seating.  But they are packed night after night.  In Florida the quality of the stadiums isn’t the issue; it’s the fact that no one is from here.
We haven’t heard Sternberg threaten to move the club to Orlando, the largest metropolitan area without a baseball team that would not encroach on an existing franchise–though one can make a case for San Antonio.  Instead he has mentioned Charlotte and Montreal.
At the July All-Star break, Manfred issued his customary warning that a couple of his impoverished billionaire owners require an enormous public subsidy:
“Let me go back to a conversation we’ve had already. I think for us to expand we need to be resolved in Tampa and Oakland in terms of their stadium situations. As much as I hope that both Oakland and Tampa will get stadiums, I think it would be difficult for the owners to go forward with an expansion until those situations are resolved.
“Once they’re done, I think we have some great candidates. I know the mayor of Montreal has been very vocal about bringing baseball back to Montreal. It was not great when the Expos left. The fact of the matter was baseball was successful in Montreal for a very long time. Charlotte is a possibility. And I would like to think that Mexico City or some place in Mexico would be another possibility.”
Sadly for fellow extortionists Manfred and Tampa Bay Rays owner Stu Sternberg, the Montreal threat is no longer in play.
Newly-elected Montreal Mayor Valerie Plante campaigned against giving a prospective baseball team carte blanche from the city. She favors allowing the public to decide if it wants another baseball team: a referendum on whether taxpayers would support using public funds to invest in that purpose or not.
“So far we know that Montrealers want to have a baseball team, they think it’s a great idea. I do too. But when it’s about spending the money, it’s not that clear,” said Plante.
She accused incumbent Mayor Denis Coderre of wanting to write a blank check to Major League Baseball without consulting taxpayers.  He lost the election.  Miami redux.
How much more evidence needs to surface for the public to realize it is being played by MLB and local special interests?Posted by: Jim Blyer, Tampa Bay Beat

Cross Posted with permission from: Tampa Bay Beat
This post is contributed by Tampa Bay Beat. The views and opinions expressed in this post are the author's and do not necessarily reflect those of Bay Post Internet or the publisher.