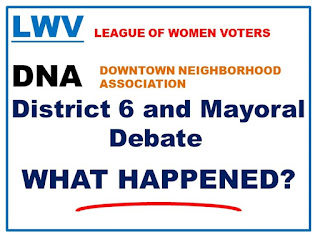 The League of Women Voters was totally unprepared for the realities of this event.

If, by now, you haven’t read or heard about the Monday night League of Women Voters election debate featuring the candidates for District six and the St. Petersburg Mayoral Candidates, here are a couple of links that will bring you up to date.

I was there sitting next to Mitch Perry (article above) and Mitch captures the scene very accurately.

A lot of things went wrong in this debate.

Quoting from Charlie Frago’s article: Moderated by the St. Petersburg Area chapter of the League of Women Voters and hosted by the Downtown Neighborhood Association, both the city council forum and mayoral gathering were largely a stage for the political theater of the Uhurus Monday just as a similar forum hosted by the Mt. Zion AME church was last week. 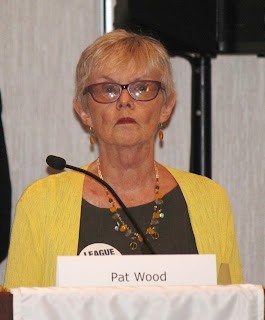 My first take away is the League of Women Voters was totally unprepared for the realities of this event. Apparently, no one from the League or the Downtown Neighborhood Association attended or was aware of what happened the previous Monday at the Mount Zion AME debate.

It seems these folks have been living under a rock for the last two years or so as political discourse has become more aggressive, less polite and inclined not to follow any rules.

There was no security present within the room all, though I was told by one of the event organizers that “the Police were back stage but were not visible to prevent a problem."

That decision did not seem to work out to well. 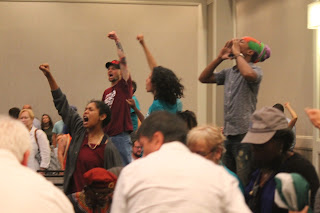 When you pander to the whims of those who would antagonize and disrupt you merely insure their success.

My second take away is this: The Uhurus who have for years been written off by the St. Pete Political establishment are starting to come into their own. The question has always been who do they really represent, and I am not sure we know the answer to that one yet, but they are making significant strides.

They have a bright and competent, just a bit loud, candidate in the District 6 council race in Eritha “Akile” Cainion.

Following the event, a couple of notable 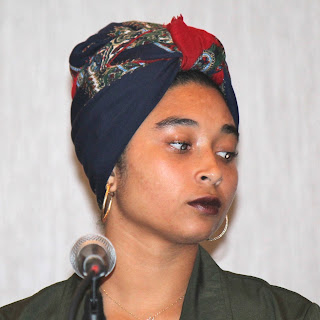 political observers commented that if Cainion could calm down a bit she could be a force in the election one even calling her a “really smart girl.”

I would strongly agree.

The attempt by the League moderator to take away speaking time from the council candidates who enjoyed the largest audience response only infuriated the entire room.

The failure to get things under control and/or clear the room following the City Council Debate set the stage for the complete melt down that followed in the Mayoral debate.

The results were easily predictable as the Mayoral candidate from the Uhurus, Jessie Nevel whipped the crowd into a frenzy.

In the end, the debate organizers gave in to the outlandish behavior of the Uhuru supporters, and the entire event collapsed with little serious debate among the Mayoral candidates.

Big winner Monday night – by getting the event shut down the Uhurus who managed to dominate the event. Did they win any political ground?

There are more debates coming up and there needs to be some careful thought to what happens next.

Banning or excluding any of these people from the process is simply not acceptable. 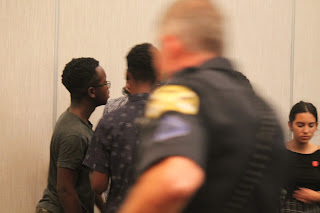 Dissent bottled up always explodes somewhere. Let’s get it out there. Kriseman and Baker both need to see what far end of the divisions in St. Pete look like so they cannot claim they don’t exist.

Let them yell from the dais, let them holler from the audience and through the venom hear the words. There is a message in there.

See My Photo Gallery of over 200 pictures from the event at League of Women Voters July 17, 2017 Debate.