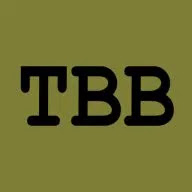 Millennials account for 25 percent of the population nationwide; in the Tampa Bay metropolitan area it is 20.7 percent. That’s a significant gap.

Florida is the tenth worst state for the Millennial population, according to a well-respected, untainted  WalletHub study.
The media and business leadership in Orlando acknowledge the problem; in Tampa Bay the daily newspaper and business community prefer to combat reality with denial and delusion.  Orlando is more prone to giving Millennials several seats at the table and respects what is important to them.
Yes, the Super Bowl is coming to Tampa but following professional sports is a low priority for Millennials.  They are more apt to have an unfavorable opinion of Tampa after reading this story which made national news a few days before the Super Bowl announcement. Consummate stupidity by an alleged Tampa Bay leader.
It’s no accident, therefore, that Orlando, with a more attuned establishment, is conceded to be by almost every survey a superior mecca for Millennials than Tampa.
WalletHub’s data team compared the 50 states and the District of Columbia to determine where the coveted generation has thrived and withered.  The team used 24 key metrics, ranging from share of millennials to millennial unemployment rate to millennial voter-turnout rate.
Last week, Tampa Bay Beat ran a two-part series about Tampa Bay’s Millennial Gap and what measures could be taken to close it.  The business community response was tepid; the area’s only daily newspaper responded by running an article about a specious Forbes.com list ranking Tampa 19th in the country in attracting Millennials. The paper’s reaction to the more thorough WalletHub study: “too harsh.”
The most telling statistic never mentioned in the local media:  Millennials account for 25 percent of the population nationwide; in the Tampa Bay metropolitan area it is 20.7 percent. That’s a significant gap.
As for Forbes.com which published the survey favorable to Tampa and Orlando, it’s policy closely aligns with the pay-for-play sites that have inundated the internet.  It is becoming more commonplace for mainstream newspapers and magazines to prostitute their digital content.  From Wikipedia:
“Forbes.com uses a ‘contributor model’ in which a wide network of ‘contributors’ writes and publishes articles directly on the website.  Contributors are paid based on traffic to their Forbes.com pages; the site has received contributions from over 2,500 individuals, and some contributors have earned over US$100,000, according to the company.  Forbes currently allows advertisers to publish blog posts on its website alongside regular editorial content through a program called BrandVoice, which accounts for more than 10 percent of its digital revenue.”
Get it together, Tampa.  Asserting you are succeeding when you are failing isn’t fooling anyone.  Elect local officials who prioritize their constituencies over special interests and have a semblance of social consciousness.
That would be a terrific start.


This post is contributed by Tampa Bay Beat. The views and opinions expressed in this post are the author's and do not necessarily reflect those of Bay Post Internet or the publisher.