Can Dicks Sporting Goods and Lucky Foods save the Tyrone Mall? 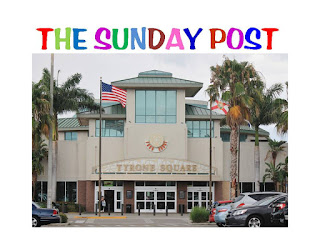 Downtown St. Pete and Midtown have been seen as deserving special treatment but the Tyrone retail area has been left to languish on its own.

The closing and demolition of the Sears store at the Tyrone Mall may be a harbinger of things to come. The Tyrone Mall is probably just one more anchor store leaving away from major disaster.

From Keery Close, Money , A Third of American Malls Will Close Soon:
"About one-third of malls in the U.S. will shut their doors in the coming years, retail analyst Jan Kniffen told CNBC Thursday. His prediction comes in the wake of Macy’s reporting its worst consecutive same-store sales decline since the financial crisis.

Macy’s and its fellow retailers in American malls are challenged by an oversupply of retail space as customers migrate toward online shopping, as well as fast fashion retailers like H&M and off-price stores such as T.J. Maxx. As a result, about 400 of the country’s 1,100 enclosed malls will fail in the upcoming years. Of those that remain, he predicts that about 250 will thrive and the rest will continue to struggle."

For more see from Tyler Durden of the Zero Hedge  A Third Of All Shopping Malls Are Projected To Close As 'Space Available' Signs Go Up All Over America. 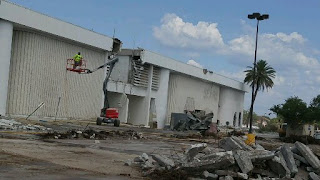 There are rumors in the retail industry Dillards may be closing some under performing stores.

Will any of this affect Tyrone Mall?  Some already have.

Will this redevelopment save the Tyrone Mall – unlikely?

There are other signs the Tyrone Mall may be in trouble. See Times Staff, Tampa Bay Times, Owner of Tyrone Square Mall suing Pinellas County over property taxes

As the article indicates disputes between Malls and Property Appraisers are not uncommon, but this could be an early indication of the declining value of the Tyrone property as a retail mall.

Down town St. Pete and Midtown have long been on the City's radar as deserving special treatment but the Tyrone retail area has been left to languish on its own.

There have been some-odd  decisions at the Tyrone Mall property, including adding a detached movie theater which produces little if any foot traffic in the Mall, and now the decision to demolish the attached Sears store replace it with a Dicks sporting goods and a detached small strip of stores. This makes the Tyrone mall sort of a hybrid, with enclosed Mall and detached shopping not a mix you commonly see.

When Rick Kriseman was running for Mayor, he promised to look west past 16th Street and work with all of St. Petersburg. So far, that has not happened.

The City should not take a wait and see attitude. Intervention early can make the changes, whatever they may be easier and compatible with the surrounding community.

City Council and especially Charlie Gerdes needs to put the Tyrone retail district front and center and begin to develop an economic redevelopment plan, before the Mall craters and becomes a blight and crime problem.
E-mail Doc at mail to: dr.gwebb@yahoo.com or send me a Facebook (E. Eugene Webb) Friend request. Please comment below, be sure to Like or share on Facebook and follow me on TWITTER  @DOC ON THE BAY
See Doc's Photo Gallery at Bay Post Photos
Disclosures: Contributor to Rick Baker for Mayor Campaign