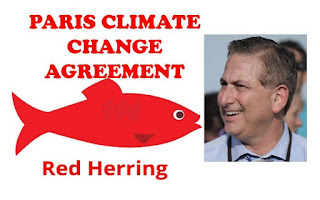 Kriseman's ongoing problem is his inability to focus.

I noted this past weekend that Rick Kriseman tried to entice his opponent Rick Baker into a partisan catfight with the recent actions of President Trump to drop out of the Paris Climate agreement.

From the Kriseman Campaign:
I was outraged last week when Donald Trump decided to ignore science and withdraw our country from the Paris climate agreement.

It unwinds the hard work of Barack Obama, who built a global coalition with the goal of reducing emissions, adapting to the effects of climate change, and averting catastrophe.
I’m proud to keep our city moving forward on climate change by pledging to uphold the Paris climate agreement. Our way of life in our beautiful coastal city is at risk. St. Pete families, businesses, and especially our children are counting on us to stand up for their futures by moving forward with bold action.

Unfortunately, the same cannot be said about my opponent. When directly asked, he hasn’t said whether he disagrees with Trump's decision, or whether St. Pete should uphold the Paris climate agreement. I don't believe silence is an option on an issue this important.

So far, Baker has not taken the bait, and he should not.

The question Kriseman should be asked is, "Do you believe in Climate Change?"

It's really difficult to take Mayor Kriseman seriously about climate change when he is using $20 to $30 million dollars of taxpayer  money to build a Pier Park that would be mostly if not entirely underwater somewhere near the midpoint of its projected useful life if the climate change experts, he so wildly supports are correct.

Kriseman's ongoing problem is his inability to focus.

Regardless of where you stand on global warming, the best the City of St. Pete can do is live up to its obligations in the climate change puzzle and let the President, and Congress deal with the global issues.

Any time spent berating the President or Congress about global climate change decisions would be much better spent trying to solve St. Petersburg's own environmental problems.

I am sure Kriseman's attempts to deflect from the real issues of the St. Pete Mayoral election will not get past the majority of the electorate. It is just another indication that Baker is spot on when he says, "They (The Kriseman Campaign) have nothing to talk about."

It is time to set up some debates between the Mayoral Candidates, bring in some tough questioners and get both candidates on the record about where they stand on key St. Petersburg issues.

Both candidates have a wealth of experience; one of them even knows how to run a city. It is time to set them down face to face to defend their records and let's see who will make the best next Mayor of St. Petersburg.