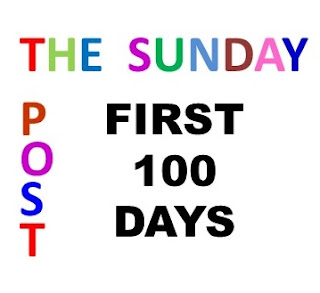 While Trump has had an exciting first 100 days to say the least, the Republicans have had disastrous start to this congressional session.


St. Petersburg Fl
Opinion by: E. Eugene Webb PhD
Author: In Search of Robin
There will be a lot of media talk in the next few weeks about the first 100 days of the Trump presidency. I’ll leave that to the media who have been consistent in their searching out and reporting of every piece of negative news, comment, assumption, un-named source and opinion they could find.
It is interesting that the media seems to be fixated on Trump’s low approval ratings.
It does not seem odd to me at all that the public’s approval ratings of a president they never hear, read or see anything positive about are low. Trump's low approval ratings are the result of a self-fulfilling media prophesy.
While Trump has had an exciting first 100 days to say the least, the Republicans have had disastrous start to this congressional session.
I am not sure If the Republicans hate Trump out of jealousy or envy, or if the majority are dumb enough to think all those appearances on CNN tearing down the efforts of the administration are actually building votes back home.
As the media goes crazy castigating Trump, Republicans gleefully jump on the train trying to make themselves look smarter and bigger than Trump. Paul Ryan is directly responsible for much of the failure to get things moving in the first 100 days, and if Trump thinks, he has an ally in Ryan; he is sadly mistaken.
Trump is currently batting about 500 in his first 100 day’s campaign promises until you throw in the Republican-controlled Congress, and the liberal 9th circuit court and things pretty much go down the tubes.
As goofy as all this may sound to you, except for the ultra-liberal 9th circuit, which is as interested in writing law as it is interpreting it, things are going pretty much like they should.
Republicans should be a little less interested in picking apart the guy who made them all look like idiots in the election and more interested in trying to work for the people that elected them.
The real losers in the first 100 days of the Trump presidency are the people we elected to help him. Self-interest, political expediency and the opportunity to prove they know more than the Billionaire on the evening news has proven to be too great a temptation.
The media will continue to hype the negative. The politicians will feed on the media, and Trump will just keep plugging along.
The real “art of the deal” is patience I can’t wait until the midterms.
The media look like blithering idiots each trying to one-up the other with tabloid stories. The Republicans look like the fools they are; the Democrats have so much to work with they are overwhelmed.
And finally, not everything went wrong in the first 100 days. Bill O’Reilly is out of work. Maybe NBC will keep picking up the FOX trash and make Bill an offer.
e-mail Doc at mail to:dr.gwebb@yahoo.com send me a Facebook (Gene Webb) Friend Request, and be sure to Like of Share on Facebook.
See Doc’s Photo Gallery at Bay Post Photos
Disclosures: